Relationships are getting very complicated in these spoilers from THE BOLD & THE BEAUTIFUL!

Following their heated encounter the other day, Ridge confronts Quinn, asking, “Why did you kiss me?” And as their discussion continues, Quinn attempts to remain at arm’s length, whispering, “You always say one thing but you mean another.” Still engaged to Brooke and determined to make her his bride again, Ridge warns, “Whatever’s going on between us, it has to stop.” Quinn smiles. “You’re right,” she agrees. “It has to stop. And I don’t understand why it’s so difficult. We’re not even supposed to like each other!”

MUST SEE: John McCook Reveals Which of Eric’s Women was His True Love! 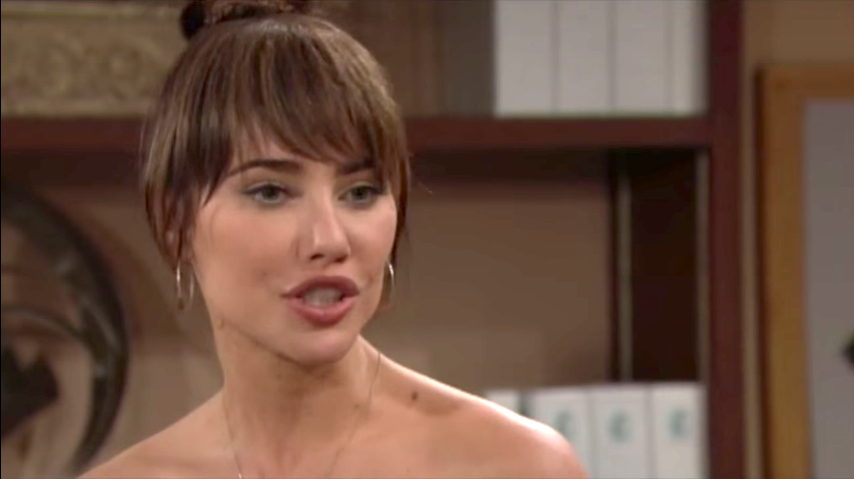 MUST SEE: Win a Puerto Rican Getaway for Two!

After her first fashion show was trashed in an online review, Sally declares Spectra Fashions dead in the water. But there still might be hope, if they play things the way that her great aunt Sally did back in the day! “He’s Thomas Forrester,” Sally argues. “Why would he sell out his family for a woman he hardly knows?” Maybe because he’s smitten by the young redhead… and feels badly treated at Forrester?

And at Forrester, Steffy refuses to consider Sally a legitimate threat to their fashion empire. “She’s not a competitor,” she spits. “She’s a clown. She even dresses like a clown!” But if Sally takes a page out of her great aunt’s playbook and poaches talent from Forrester, Steffy might regret not taking her seriously!