Even if Sheila isn’t making trouble for her, Quinn may create plenty of her own in these spoilers from THE BOLD & THE BEAUTIFUL!

Sheila continues to try and convince everyone that she’s on the straight and narrow now, but nobody seems like they really believe her. “I”m glad I got the chance to tell you how sorry I am,” Sheila confides to Brooke. But is the blonde buying a word of it? And later, when Ridge tells someone, “I believe her when she says she’s not gonna be a problem for us anymore,” is he talking about the infamous Ms. Carter? Has Sheila truly put her life of crime behind her?

MUST SEE: B&B Stars Shine on the Red Carpet in Monte Carlo! 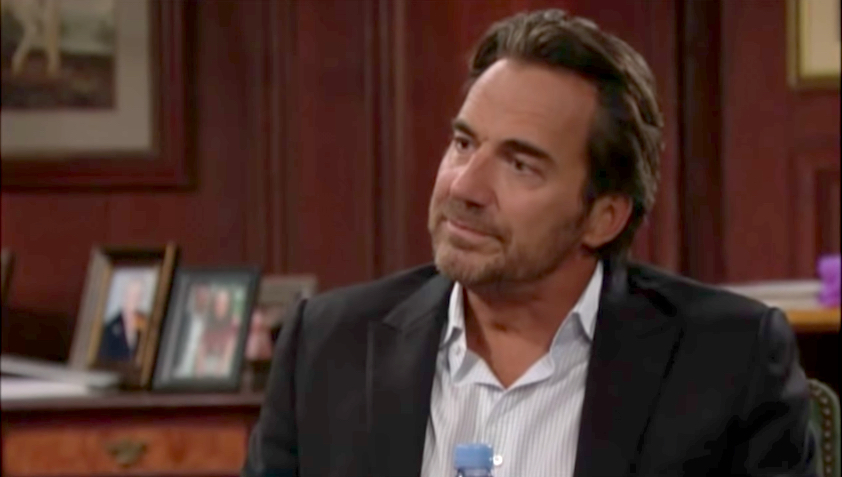 Should Ridge feel as confident as he does? (Photo Credit: CBS)

As for Quinn’s marriage to Eric, Charlie is amused to learn that Ridge is living so nearby in the Forrester guest house. “It’s really fortunate that you and Ridge are practically living under the same roof,” he snarks, earning a side eye from Pam. “Comes in handy.”

For his part, Wyatt is sure his mother isn’t going to do anything to screw up the happiness she’s found with Eric. “She’s totally devoted to Eric,” he declares. “She’s not gonna do anything to mess that up.” But with Ridge so close by, and Quinn’s recent confession of her true feelings for the designer, it seems only a matter of time before her marriage implodes!

Check out this tease for today’s tense episode, and for more B&B previews, keep reading the CBS edition of Soaps In Depth magazine!

Everything You Need to Know About Supervillain Sheila Carter!