Sheila is not finished with Eric in these spoilers from THE BOLD & THE BEAUTIFUL! And while he worries about what the psycho is up to now, Ridge might want to watch his own back now that Thorne is back in town!

At the Forrester offices, Pam informs Charlie that she ran into Sheila at Il Giardino. When that happened, Pam wondered if Eric knew the villain was still lurking around. But now the cat’s out of the bag as Eric sees for himself when he sits down to order a meal at the Italian eatery. Naturally, Sheila insists that she means no harm, like butter wouldn’t melt. “I needed to make sure she was worthy of you,” she assures her ex. “And for that, I will never apologize.” Eric doesn’t look entirely convinced, however. But the real question does Sheila now consider Quinn worthy of being Mrs. Eric Forrester? Or is she still convinced that she is the only woman for the job? 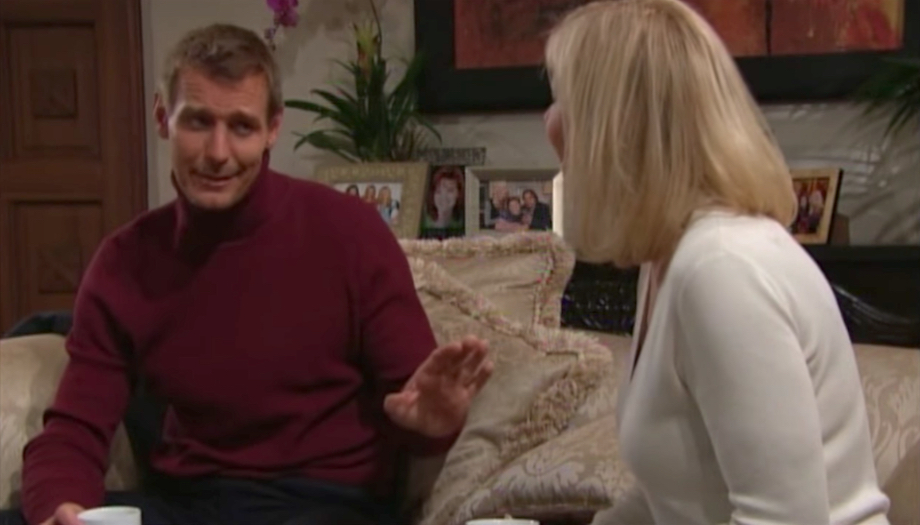 Catching up on what he missed while he was away, Thorne was stunned to learn that Brooke had called off her marriage to Ridge because he had cheated on her. Frustrated at constantly being called “little” brother, Thorne is finally ready to take his rightful place in the Forrester family. Especially since Ridge is technically a Marone, not a Forrester. “He’s not my father’s biological son, Brooke, so I don’t know where he gets it from,” Thorne says of Ridge’s confidence/arrogance. “But he is talented, I’ll give him that.” So maybe once Thorne is in charge, he’ll let Ridge stay on as a designer?