It doesn’t look like anything can stop Bill from carrying out his plan to destroy Spectra in these spoilers from THE BOLD & THE BEAUTIFUL. Steffy is going to give it a try, but it looks like Sally is on her own. Can she pull it off?

After his attempt to offer CJ more money for the Spectra building failed, Bill is determined to maintain the lie that Caroline is dying in order to keep Thomas away from Spectra so it will fail without his help. But Steffy is concerned that Bill using Liam will backfire in a big way. “I think you’re pushing it,” she warns Bill in his office. “Liam already feels guilty about going along with the whole Caroline’s dying secret.”

Over at Spectra, Liam visits with Sally, who complains about Bill not giving her company a fair shot. “Bill should seriously pick on someone his own size,” she complains. But the feisty redhead vows that she will not give up that easily and just wants to be given a chance. “I will do whatever it takes to prove that I deserve a spot at the table,” Sally insists, adding, “if — Huge if — I am playing on a level field.”

MUST SEE: HAPPY DAYS Star Don Most Cast on B&B! 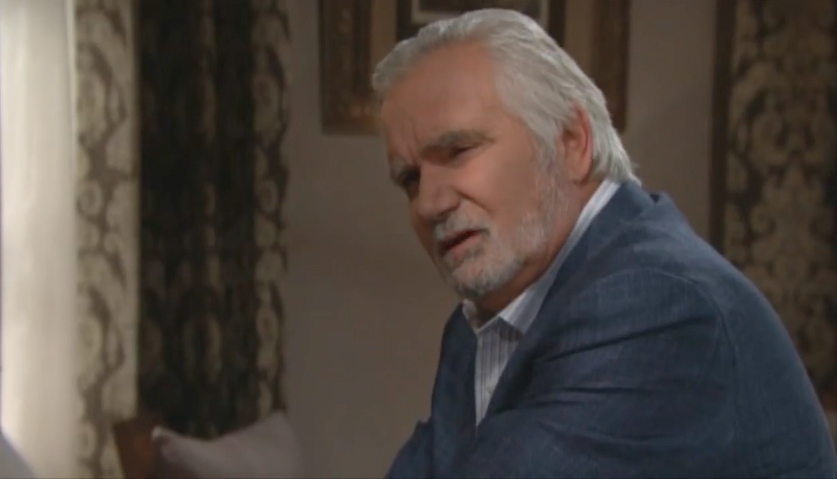 MUST SEE: Who Is James Warwick on B&B?

After getting herself seriously injured in her fight with Quinn, Sheila was delighted to be invited to recuperate at the Forrester mansion. Now living under the same roof as Eric, it should make it so much easier for her to manipulate him back into her arms. And despite Quinn’s protests, Eric seems to be falling for it, checking in on Sheila to make sure her recovery is going well. “I’ll have to check with the doctor,” he suggests, “to make sure you’re not sleeping too much.” Is he really falling right into her clutches again?

Everything You Need to Know About Sheila Carter