Steffy is terrified that Liam is putting his life in danger in these spoilers from THE BOLD & THE BEAUTIFUL and she won’t allow it! But as Bill puts his plan into motion, will Spectra be destroyed or will Liam be able to save the day?

Furious that his father is going ahead with his plans to demolish the Spectra building and force Sally and her company to relocate, Liam is eager to step in and help them again. He thinks that staging a sit-in will do the trick because Bill can’t take down the building with them still in it, but Steffy is aghast that he would consider such a thing! “Bill is demoing the building today!” she reminds her husband, taking his face in her hands. But Liam is confident he’s doing the right thing. “Not if I’m in there with them,” he assures her. 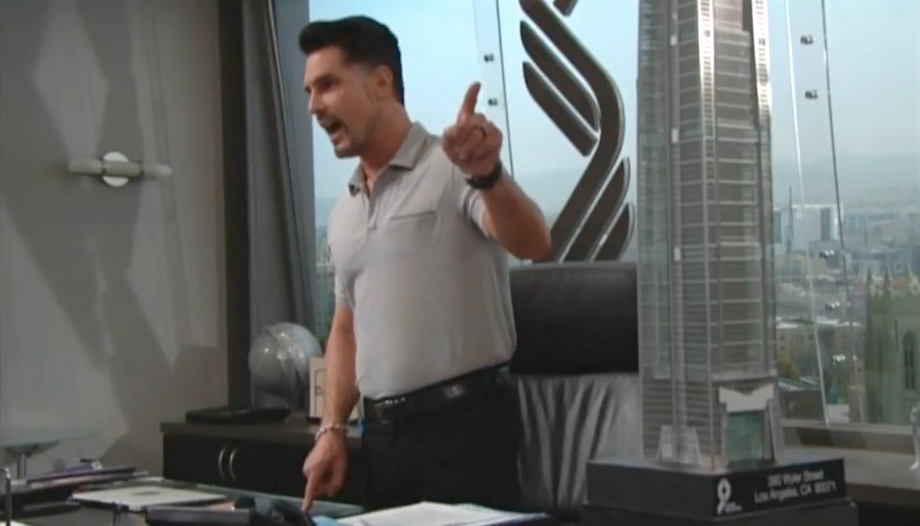 Bill will have his skyscraper one way or the other! (Photo Credit: CBS)

In his office, Bill angrily declares that he will not be thwarted. “That location belongs to Skye!” he bellows, gesturing towards the model of his beloved skyscraper. Meanwhile, over at Spectra Fashions, Sally gathers her group together for a last-ditch effort to protest the demolition of the building. “With Liam by our side,” she insists, “there could be a chance that Bill could change his mind.” But will Steffy allow Liam to defy his father and join them? And since Bill didn’t seem to care about hurting people when he arranged for the arson that torched their office, will any of this make him stop the wrecking ball?

Katherine Kelly Lang Declares That Brooke “Needs to Be Alone”