Steffy and Liam’s marriage is hanging on by a thread in these spoilers from THE BOLD & THE BEAUTIFUL! As Liam tries to repair his relationship with his father, Steffy is making promises she may not be able to keep!

When Ridge stops by to check up on his daughter, Steffy insists that while she and Liam may have hit a rough patch, they’re on much more solid ground now. “Nothing will come between us ever again,” she declares. Too bad she doesn’t sound entirely convincing! And having gone through difficult times himself with Brooke, Ridge has plenty of experience to share with his children. “Well,” he admits to Steffy, “sometimes you have to almost lose what you care about to see how precious it is.” But did sleeping with Bill make Steffy realize how much she loves Liam, or does her heart belong to someone else now? 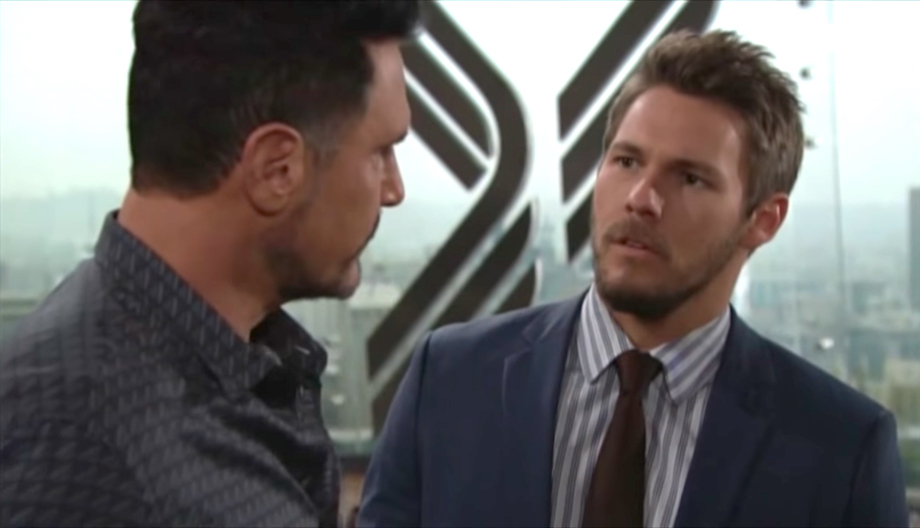 Liam wouldn’t be so nice to Bill if he knew the truth! (Photo Credit: CBS)

Meanwhile, over at the Spencer offices, now that he and Bill are on better terms, Liam is trying to offer him a shoulder to lean on. “We know what you’re going through,” he assures his father. “You just lost the woman you love.” But while Liam thinks Bill is upset because he lost Brooke to Ridge again, he’d definitely be a lot less supportive of his father if he knew he was broken-hearted because he couldn’t have Steffy!

Scott Clifton’s Selfies With the New Hope are Cracking Us Up!