Plenty of people think that Liam is making a big mistake in these spoilers from THE BOLD & THE BEAUTIFUL. Well, except for Shirley. She’s actually quite thrilled that Liam has been spending so much time with Sally. Wyatt and Steffy? Not so much!

Having confronted Sally and warned her to stay away from her husband, Steffy vents her frustrations to Bill. “I made it a point to let her know that Liam has gone above and beyond for her,” she complains. Is Steffy right to worry that Liam’s generosity will go beyond the financial and eventually become personal? She’s given Bill a shoulder to cry on as his relationship with Brooke fell apart, and it’s clear that he would love to do the same for her should she find herself in a similar situation. Heck, the way Bill’s been looking at Steffy, he may not even wait until she’s on the outs with Liam to make a move on his son’s wife! 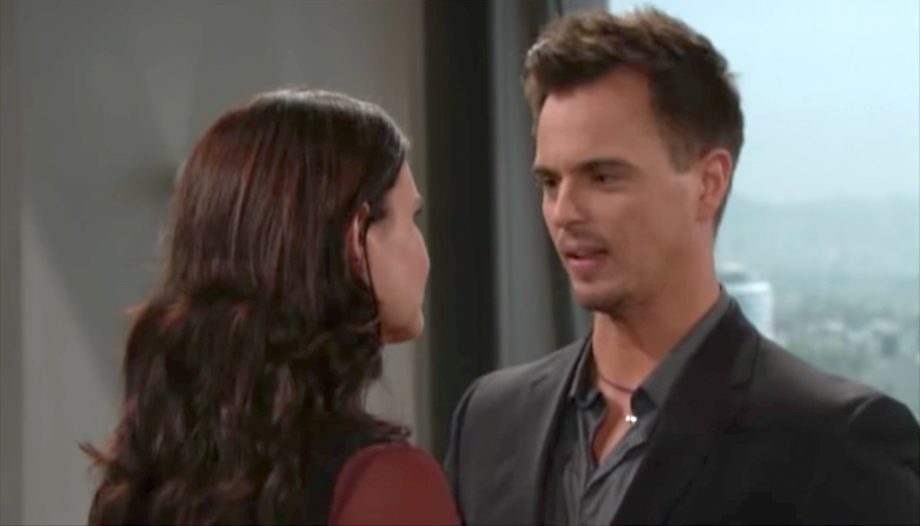 Wyatt worries there’s nothing he can do to stop Liam from self-destructing. (Photo Credit: CBS)

At Spectra Fashions, Shirley is overjoyed at the idea of Liam accompanying Sally to meet with the developers who could help her with renovations to her company. “Sally is not going into that meeting alone!” she enthuses. However, while Shirley would love to see her niece with the rich and handsome Spencer heir, she’s pretty much the only one. Over at Spencer Publications, Wyatt confides to Katie that he fears Liam is making a terrible mistake. “My brother thinks that it’s a good idea, apparently,” he snarks, “to fly off to San Francisco with Sally.” And considering that the last time anyone took a business trip to San Francisco it led to a torrid affair that nearly destroyed a marriage — Ridge and Quinn, anyone? — Wyatt might be right to worry!

TODAY: Wyatt confides in Katie his fears about the future of the Spencer family. #BoldandBeautiful pic.twitter.com/GfpZlzqIzR

Who is Mateo on B&B?

Ingo Rademacher Debuts as the new Thorne in November