A shocking return finds Bill on the defensive in these spoilers from THE BOLD & THE BEAUTIFUL! Plus, Ridge still wants revenge against his rival, and Steffy reels from Liam’s confession!

After being shot in the back by someone who broke into his home, you’d think that Bill would increase his security. But he didn’t, and was startled when Taylor Hayes showed up at his place to blast him for how he has destroyed Steffy’s life and her marriage to Liam. Holding up her phone to display the sonogram image of her daughter’s unborn child, she cries: “This was supposed to be the happiest time of their life, but you ruined it!” As she breaks down in tears, is there anything Bill can possibly say or do to convince her she’s wrong?

Meanwhile, over at Forrester Creations, Ridge is also eager to make Bill pay for his heinous actions, and it doesn’t look like Brooke is going to be able to talk him out of it. “What he did to Steffy is unforgivable,” Ridge declares, shaking his head. 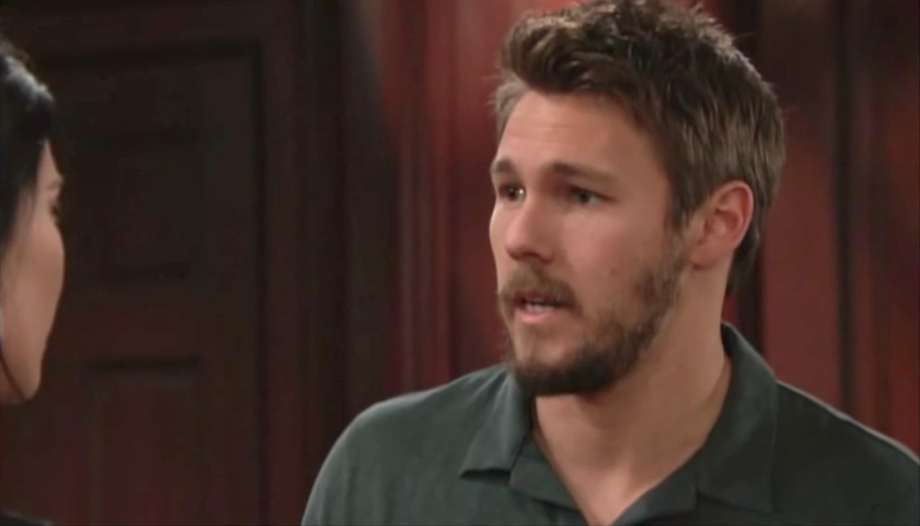 Liam tries to explain everything to Steffy. (Photo Credit: CBS)

Thankfully, it doesn’t seem as though Liam feels guilty enough about trying to kill his father to turn himself into the cops, but he does feel that some people in his life deserve to know the truth. But Steffy isn’t the only one having a hard time processing his confession! “I didn’t know I could put a bullet in the back of my father,” Liam admits, still struggling to wrap his brain around what he’s done. How will Steffy react to this stunning revelation?

How to Watch This Year’s Daytime Emmys on TV

What Happened to Liam on B&B?