A romantic trip to Paris could be a fresh start for Lily and Cane, but Graham’s next move could be the end of the Abbotts in these shocking spoilers from the coming week on THE YOUNG & THE RESTLESS! Is there anything anyone can do to stop Graham before he does something horrible to Dina?

Inspired by Bill’s suggestion, Cane decides that a grand gesture is what he needs to win back Lily’s heart. And what grander gesture is there than a trip to Paris? “I want you,” he insists to his estranged wife. “Do you want me?” But while Cane believes this could be a new beginning for them, when Lily considers leaving, it could mean the end! “Do I stay or do I go?” she muses in the hotel room, already wearing her coat. Then she’s in the airport looking at the displays of flights and seeing the one for Genoa City. Will she leave France —and her marriage — behind? Or can Cane convince her to give him another shot? 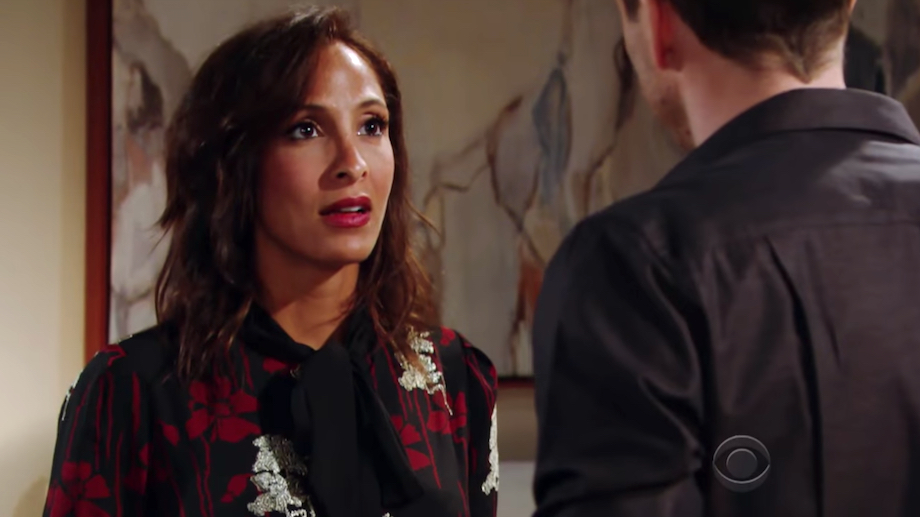 The Abbott family was stunned when Graham revealed that he and Dina were married, and therefore he has final say as to her treatment, but they’re not about to give up on their matriarch that easily. “You’ve played your last card,” Jack warns the guy. “Game over.” But what they don’t know is that Graham was the one who broke into the Jabot lab and stole the volatile chemicals. After he uses a syringe to extract one of the chemicals from a vial, Graham leans over a sleeping Dina to give her a gentle kiss on the forehead. Is he planning to murder his wife so he inherits her fortune? And can anyone stop him from hurting Dina?