After the events in these THE YOUNG & THE RESTLESS spoilers, nothing in Genoa City will ever be the same! Jack finally gets proof of whether or not he is John Abbott’s son, Devon and Hilary grow closer, and when clues to J.T.’s whereabouts surface, Nick is back on the case… but will Victoria confess everything anyway?

After Dina claimed he wasn’t John’s biological son, Jack Abbott’s entire world was turned upside down. And while he has insisted that he’s still John’s son in every way that matters, he still has the results of the DNA test that he can’t quite bring himself to look at. “If I open this envelope,” he warns Phyllis, “everything could change. Nothing would be as it was.” And later, Billy worries that the truth could shatter his brother’s world. “This could drive Jack to the dark side,” he warn Phyllis. And after Jack downs some pills with booze and gets behind the wheel of his car, his actions could have deadly consequences!

Hilary was delighted when Devon supported her being artificially inseminated with his sperm after trying to make a baby the old fashioned way didn’t work out. And now the exes have another close moment as they dance together at the Hamilton-Winters Group offices. Could these two be on the way to a full-fledged reunion? 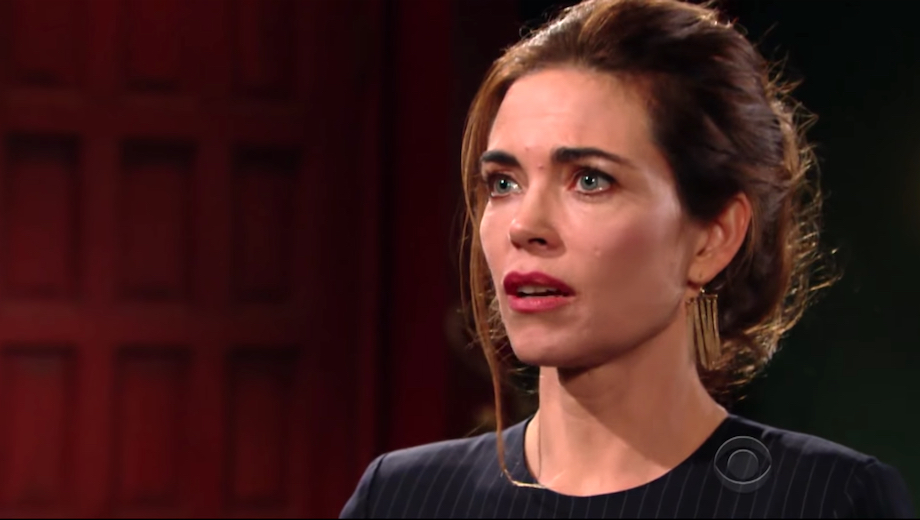 Is Victoria about to tell Paul everything?! (Photo Credit: CBS)

Nick is thrilled when his Genoa City Police Department scanner picks up chatter that reports J.T.’s cell phone signal is back up and on the grid. “Did you hear that?” he asks a stunned Phyllis. “That could be huge.” As Nick leaps to his feet to follow up on this lead, Phyllis frowns. “Yeah,” she mutters. “Enormous.” And later, as Phyllis and Nick encounter a man they believe to be J.T., Victoria goes to Paul. “Now I’m gonna tell you everything,” she announces. Is she really about to reveal what really happened to J.T. on that fateful night?

Don’t miss these teasers for the thrilling week to come, and for more Y&R previews, keep reading the CBS edition of Soaps In Depth magazine!

Catch up on What You Missed in Our Y&R Recaps

Should Victoria Confess What Happened to J.T.? — Vote Now!

What Happened to Kyle’s Mom on Y&R?

The Daytime Emmy Moments You Didn’t See on TV!