Nick and Sharon gave up their pretense that they could be “friends with benefits” and reunited officially. Not surprisingly, the reaction was mixed, with Victor amenable to their reconciliation, Nikki against it… and Faith worrying that they’d only break up again! While mending their father/son bond, Nick was startled when Victor asked him to come back to Newman and offered him the COO position. Of course, Nick wasn’t as startled as Victoria, who hadn’t realized she’d been ousted! Refusing to displace his sis, Nick confronted Victor about his latest manipulation. When their argument escalated, Nick threatened to stop his dad from visiting his children. Victor countered by reminding his son that Nick had no rights where Christian was concerned, since the boy was Adam’s son! Shaken, Nick told Sharon that he wanted to move his family to San Diego. Unfortunately, he wasn’t fast enough — Victor launched a custody battle for his grandson! Victor hired Michael, while Nick was represented by Brittany. Nick’s stress level soared into the red zone when Summer came home with a new attitude that landed her in jail after she stole a car! 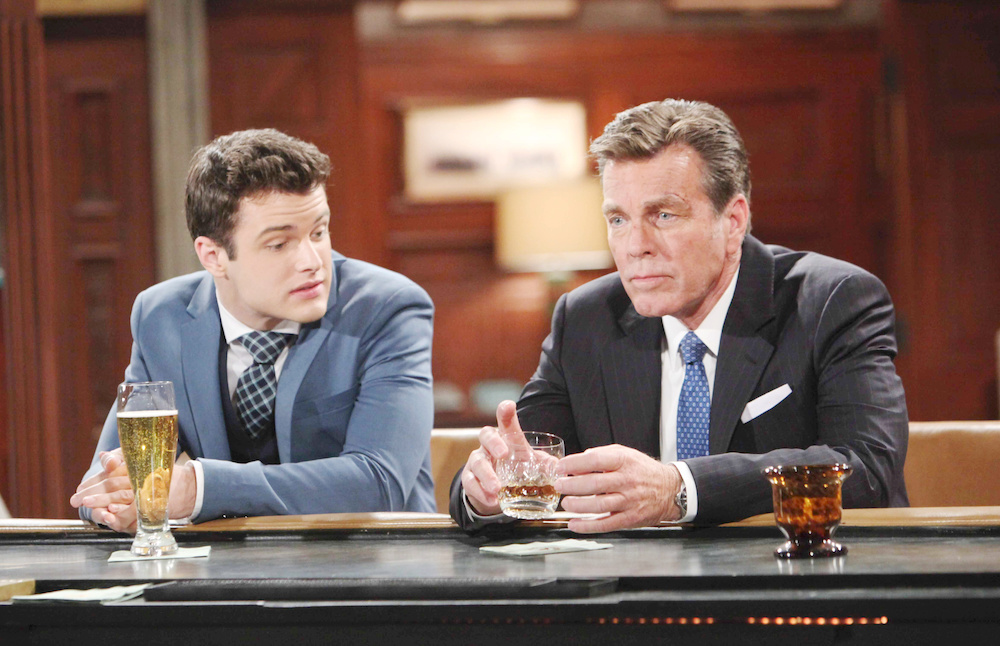 ”When you find out who my granddad is, let me know.” (Photo Credit: Howard Wise/jpistudios.com)

Jack Searched for the Truth

At loose ends after quitting Jabot, Jack tried convincing Neil to let him launch a cosmetics company under the Hamilton-Winters umbrella. Yet Neil refused, suggesting that his friend needed to take more time for self-reflection. Undeterred, Jack went to Ashley with the same proposal of starting a company to rival Jabot. Believing that her brother only wanted to use her for her cosmetic creds, she refused. At an impasse, Jack turned his attention to exploring his family roots, which meant trying to figure out his real father’s identity! Meanwhile, Kyle continued to be two-faced and smarmy by voicing loyalty to Billy at Jabot while trying to get in tight with Victor at Newman! On the personal front, Kyle was stunned when Summer returned home, still seething about the way their relationship had ended!

Abby’s relationship with Arturo deepened… until, that is, a jealous Nikki decided to fill her stepdaughter in on her own past with the sexy contractor! Furious, Abby broke things off with Arturo. When Abby later saw him dancing with Summer, she poured a drink over his head! Meanwhile, Hilary and Devon were thrilled to find out she was pregnant. Wanting to get even closer to her ex, Hilary tried to buy Chelsea’s old penthouse. Determined to put up roadblocks between Devon and Hilary, Neil outbid her! Unfortunately, his plan backfired pretty spectacularly when Devon invited Hilary to move in with him! Across town, Lily freaked when she caught Shauna in Charlie’s bed. However, the teen revealed that nothing had happened. In fact, Charlie had helped her hide after she’d run away from home. Not surprisingly, Lily didn’t want the pair in such close quarters. The solution? Shauna moved in with Devon and Hilary!

Can Nick and Victor Ever Bury the Hatchet? — Vote Now!

Everything You Need to Know About Brittany on Y&R