http://cbs.soapsindepth.com/tags/the-young-the-restless-31790The aftermath to recent revelations must be dealt with, but in these spoilers from THE YOUNG & THE RESTLESS, the surprises just keep coming! Nick gets some bad news, Hilary tries to do damage control, and Abby has a shock for Victoria!

After rewriting Victoria’s public statement in favor of one of her own that made her look much less pathetic, Abby is naturally braced for her sister’s response following the press conference. But having butted heads with Victoria for so long, Abby seems unwilling to continue dealing with her now that she’s in charge of Newman. “I”ll save you the trouble of firing me,” Abby gleefully tells a twitchy Victoria. “I quit!” 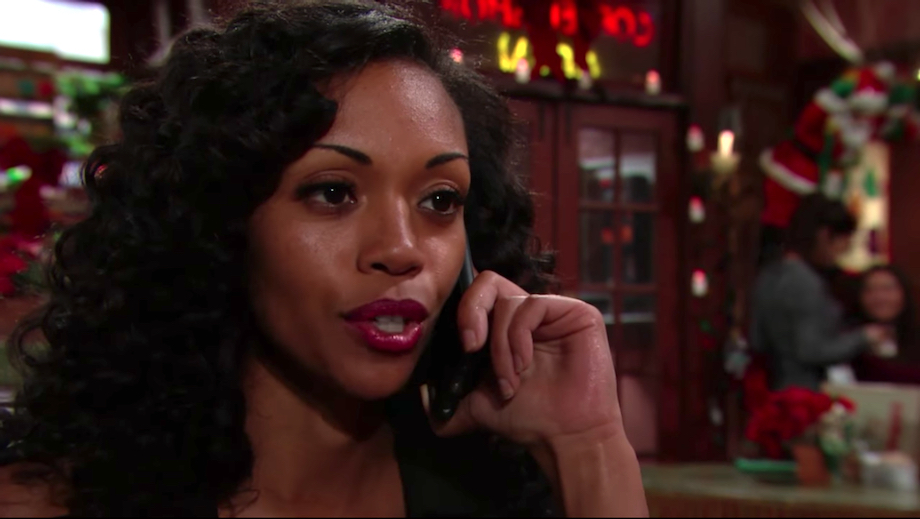 Hilary hopes to get help putting her life back together. (Photo Credit: CBS)

Reeling from her nude photos being released online by Jordan, Hilary scrambles to keep her life from falling apart completely. To that end, she places a phone call to Devon. “Is there anything that I can do for ya?” he asks, trying to sound casual. At Crimson Lights, Hilary smiles tightly. “Can you meet me?” she wonders. “I have a proposal for you.” What does she have in mind?

After he was cleared of any wrongdoing in the fire that destroyed The Underground, Nick has been eager to find out who the arsonist was and bring them to justice. Unfortunately, Paul pays him a visit with some slightly unfortunate news. “What the hell is the holdup, Paul?” Nick demands. “I mean, how are we gonna get this person who torched my club?” Sitting across the table, Paul sighs and admits: “We don’t.” Will he tell Nick the whole truth about Dina, and if he does, will Nick agree not to press charges?

Sharon Case Would Love to See Nick and Sharon Reconnect

Thad Luckinbill Is Back on Set at Y&R!