Ashley discovers what Jack’s has been trying to keep under wraps in these spoilers from THE YOUNG & THE RESTLESS!

Jack hasn’t approved of Ashley’s budding relationship with Ravi, but he knows full well that his secret affair with Gloria is so much worse! When the siblings get into a heated argument, Jack angrily starts to say, “Gloria and I have…” but then cuts himself off. As he turns to face her, Ashley’s eyes widen and her jaw drops as she suddenly realizes what’s really been going on between Jack and Gloria. “No,” she declares, refusing to believe the shocking truth. Will she let the affair continue?

MUST SEE: Full List of Winners From the 2017 Daytime Emmys! 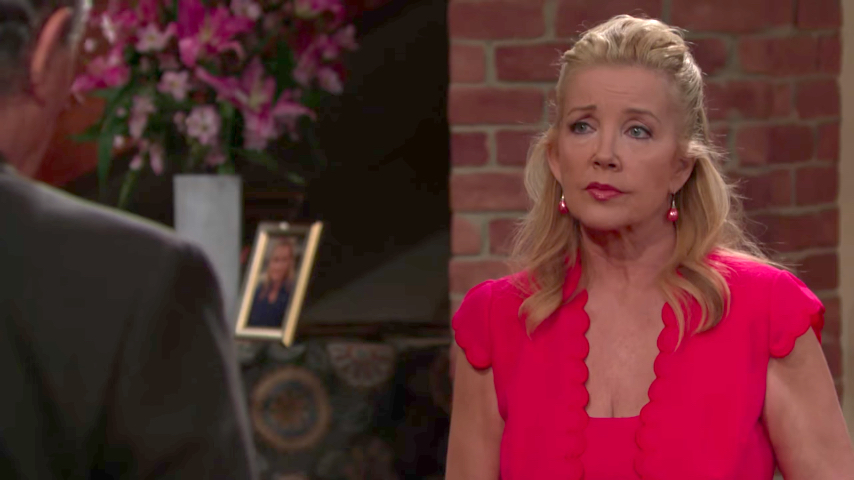 MUST SEE: Jess Walton and Tristan Rogers Returning to Y&R!

Now that Victor has returned home, he begins trying to put the pieces of his shattered family life back together again. “I understand if Nicholas and Victoria are turning their back on me,” he says to Nikki. “But I thought that you, of all people, would understand me.” Nikki just looks at her husband with a tight frown. Will she forgive him or send him packing?

At The Top of The Tower, Hilary takes note of Lily’s closeness with Jordan and slides up to her rival. “Careful, Lily,” she warns. “Hands off.” Lily looks confused. She’s happily married to Cane, so Hilary shouldn’t feel threatened. What’s really going on inside Hilary’s head?

All the Winners From the 2017 Creative Arts Emmy Awards!

The Hottest Red Carpet Fashions From the 2017 Daytime Emmys!