There’s big trouble brewing in these spoilers from THE YOUNG & THE RESTLESS!

Interviewing Lily about her big Hollywood commercial shoot with professional hockey players, Hilary throws it to a clip as she declares: “Let’s see what the man himself has to say.” Unfortunately, the clip that runs is one of Billy chatting up the hockey players and making bets with them! “Vegas has the Blue Blades two to one favorites,” Billy smiles, “You know, you could always make it interesting…” Cane and Juliet watch the broadcast on their phones as the player tells Billy to put him down for ten grand. A furious Victoria turns to Billy with a look that could kill at 20 paces! Billy’s face falls — can he salvage this mess? 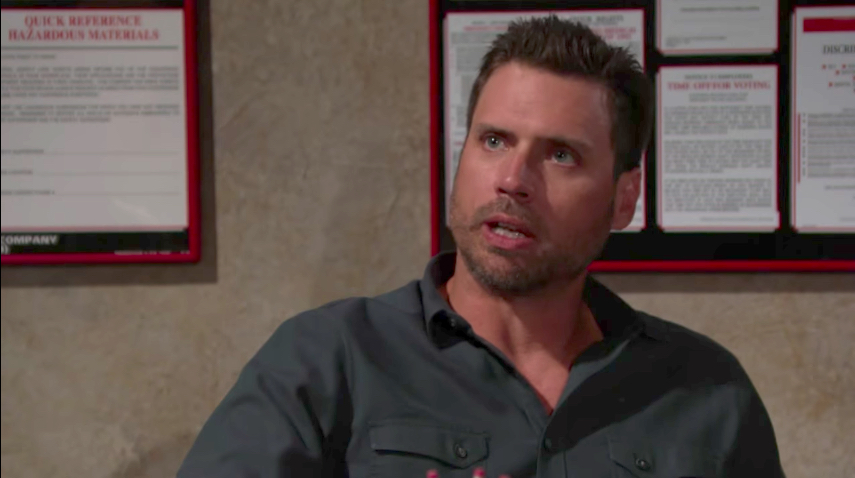 Back in Genoa City, Nick is not happy when Victor pays him a visit, especially when he starts making demands. “You want me to spy on my girlfriend and report back to you?” Nick asks. Victor keeps his face cold as ice as he replies: “That’s right.” Clearly, Victor wants Chelsea to back off her search for Chloe. Nick isn’t crazy about how the obsession with tracking down Chloe is affecting Chelsea, but will he really agree to help Victor get away with aiding and abetting Chloe with her many crimes?

Check out this tease from today’s explosive episode, and for more Y&R previews, keep reading the CBS edition of Soaps In Depth magazine!