There’s big trouble brewing in these spoilers from THE YOUNG & THE RESTLESS! Scott has no idea the danger he’s in, Billy knows but continues to fight to get out of the doghouse, and Victoria… well, Victoria is in her own world!

After discovering how Billy had used her laptop to steal Jabot company secrets, a furious Phyllis tore into him and threw him out of her apartment. However, Billy isn’t one to give up that easily, and Phyllis is startled when he suddenly drops down from above onto her balcony! She stands up from the kitchen table, glaring at him through the glass and Billy angrily gestures for her to open the doors. Will she give him another chance? Should she? 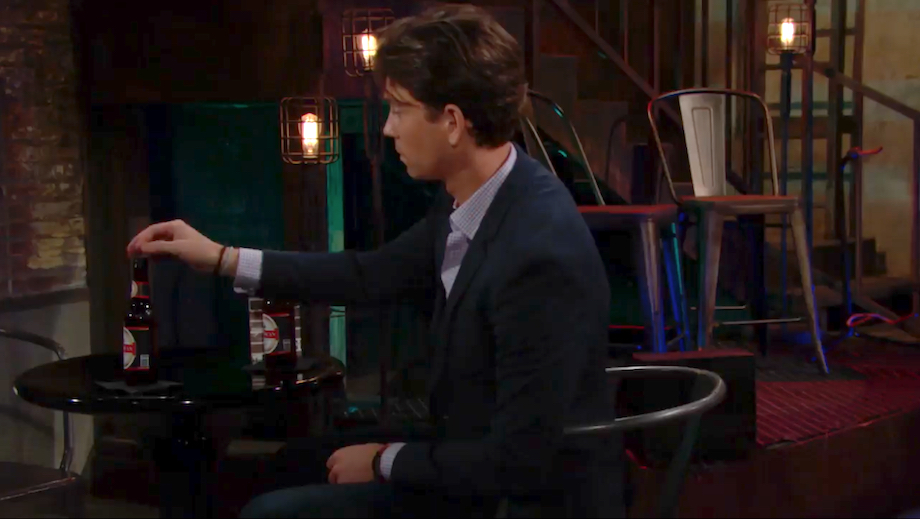 Hanging out at The Underground with Zack, Scott excuses himself to use the bathroom. And that’s the moment when Zack slips a little something extra into Scott’s beer bottle! Scott has been getting closer and closer to the sex ring, but still, has no idea that Zack is part of it. Unfortunately, Zack knows how close Scott is getting to ruining his lucrative (if illegal) business, and is obviously going to do something about it!

Over at the GC Buzz studio, Lily and Victoria are sitting on the set as Hilary does the introduction to her show. “Today we are live,” Hilary proclaims. “And you know what that means! Anything can — and probably will — happen!” Lily reaches out to place a comforting hand on Victoria’s because poor Vicki looks like she’d rather be anywhere else. Is she okay?

Kristoff St. John’s Ex-Wife Asks for “Thoughts and Prayers” for the Actor Following His Hospitalization