Cane is in for the fight of his life in these spoilers from THE YOUNG & THE RESTLESS!

With Juliet suing him for sexual harassment, Cane’s entire world is being turned inside-out. He’s told Lily a version of the truth, but what will happen to their marriage if the rest of what happened in Tokyo comes out? But Cane is sticking to his story that nothing happened between him and Juliet (which may very well be true) and lashes out at Victoria. “You honestly think that I offered her a job in exchange for sex, don’t you?” he shouts angrily.

Meanwhile, at the club, Leslie is preparing to argue Juliet’s side in court, and to bolster her case, asks Hilary for any help she can give. “If you have any information about the case or Juliet’s credibility,” she declares, “now is the time to tell me.” What will Hilary tell the attorney? 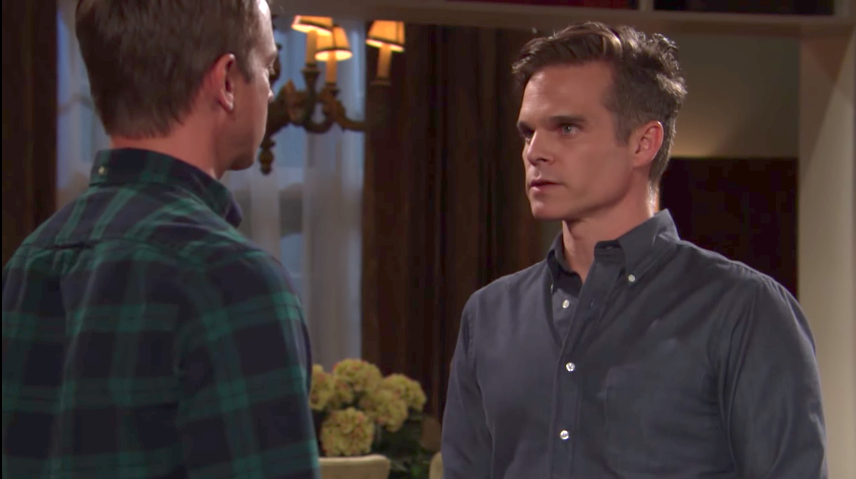 Kevin will stand by Chloe to the bitter end! (Photo Credit: CBS)

MUST SEE: Relive the Tortured History of Kevin & Chloe!

Dr. Harris insists that he’s just trying to help Chloe, but Kevin isn’t buying it for a minute. He also doesn’t believe the shrink is acting on his own, either. “I’m not going to let anyone lock her up,” Kevin warns him. “And I am not leaving here without her.” But how far will Kevin be forced to go in order to protect Chloe and give them the future he believes they deserve together? (And is this really the best course of action anyway, considering Chloe’s current state of mental health?)

Don’t miss this tease for today’s confrontational episode, and for more Y&R previews, keep reading the CBS edition of Soaps In Depth magazine!

Jess Walton and Tristan Rogers Are on Their Way Back to Y&R!