Things are getting awkward in these spoilers from THE YOUNG & THE RESTLESS! Cane’s infidelity continues to cause trouble for his family, and Jack and Phyllis are still trading barbs back and forth!

Cane enters the pool where Charlie is working as a lifeguard only to be stunned to see his son talking to Juliet! “Thank you,” she tells the teen with a big smile. Cane frowns as his two worlds collide before his very eyes. He confessed to his kids that he’d gotten another woman pregnant, but Charlie has no idea that he’s interacting with the woman who is carrying his father’s baby! Just how uncomfortable will this encounter get?

Meanwhile, over at the GC Buzz studio, Jordan informs Hilary, “The fallout from what Cane did is still falling.” Hilary’s eyes go wide as she asks, “There’s more?” 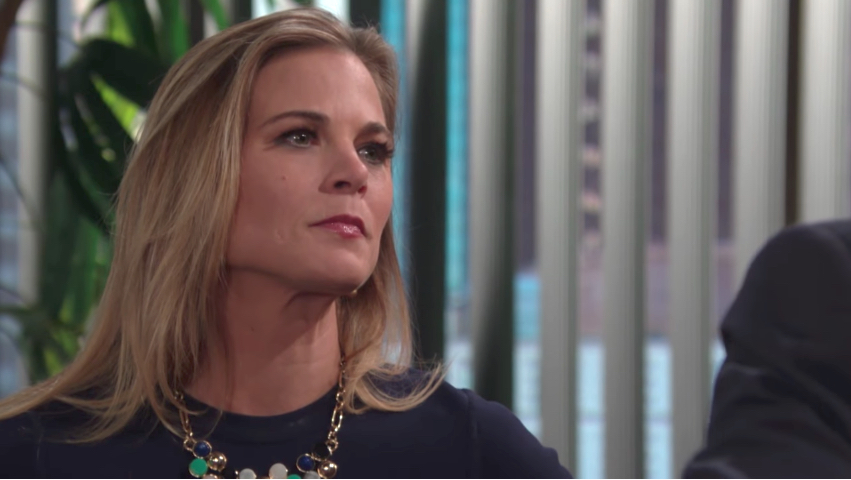 Phyllis and Jack keep poking at each other! (Photo Credit: CBS)

In Jack’s office, he verbally spars with Phyllis over the ongoing situation with Brash & Sassy and how she’s still jealous of Victoria’s connection with Billy. “It seems to me I’m kind of doing your dirty work, here,” he snarks. “If they spend less time together, it certainly makes things nicer for you, doesn’t it?” Phyllis stands her ground and shoots him a steely glare. Will she take the high road or might this take an ugly turn?