Secrets are about to be revealed in these spoilers from THE YOUNG & THE RESTLESS!

In a secret location, Victor enters a room and looks down at the person sitting on the bed. Chloe looks up at The Mustache nervously as the door slams behind him. Are we about to learn where Victor disappeared to? What did he do to his son’s murderer? Did he take justice into his own hands? Or have he and Chloe struck yet another twisted deal?

MUST SEE: Watch the Entire 2017 Daytime Emmy Awards Show — and the Red Carpet Pre-Show, Too! 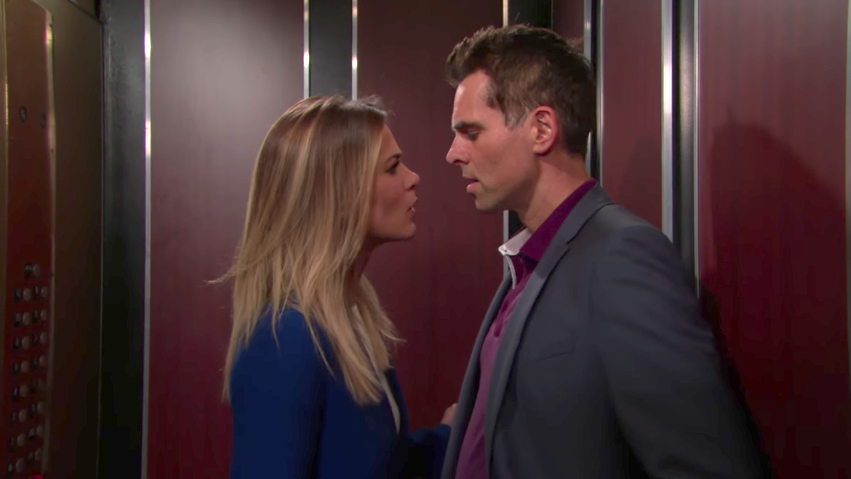 MUST SEE: Go Inside the 2017 Daytime Emmys With Your Favorite Stars’ Personal Pics!

Having another one of her passionate elevator conversations with Billy, Phyllis angrily insists, “I will not be the other woman! You are not gonna play me that way!” But Billy quickly shuts her up by leaning in for a kiss! Phyllis responds for a moment before pushing him away and ordering him to stop it. Can Billy convince Phyllis that it’s her he loves and not Victoria?

At the coffee shop, Kevin fills Gloria in on the recent events she missed out on. “Well, it turns out that I’m Bella’s biological father,” he announces. Gloria’s face betrays no emotion, but she swallows hard as she digests the news. Gloria was never a fan of Chloe, so how will she feel about her daughter? Is Gloria ready to become a grandma?

Check out this tease for today’s shocking episode, and for more Y&R previews, keep reading the CBS edition of Soaps In Depth magazine!

All the Winners From the 2017 Daytime Emmy Awards!

The Hottest Red Carpet Fashions From This Year’s Daytime Emmys!