Abby is still missing, and everyone fears the worst in these spoilers from THE YOUNG & THE RESTLESS. On the plus side, Dina has shown up safe and sound… although she’s then arrested for stabbing Nikki!

Dina’s behavior has been getting more and more erratic, climaxing at the Newman party where she grabbed a knife out of her purse and attacked Nikki! She stowed away in Zack’s car when he abducted Abby, then slipped away once they were gone. But now that she’s turned up again at the Jabot offices, Paul arrives with some bad news. “Dina Mergeron,” he announces, walking past Ashley and Jack over to their mother, “I’m placing you under arrest.” With Michael standing by her side, Dina grins as she offers up her wrists. “Do you want to cuff me, Paul?” she asks flirtatiously. Does she even understand what’s happening? 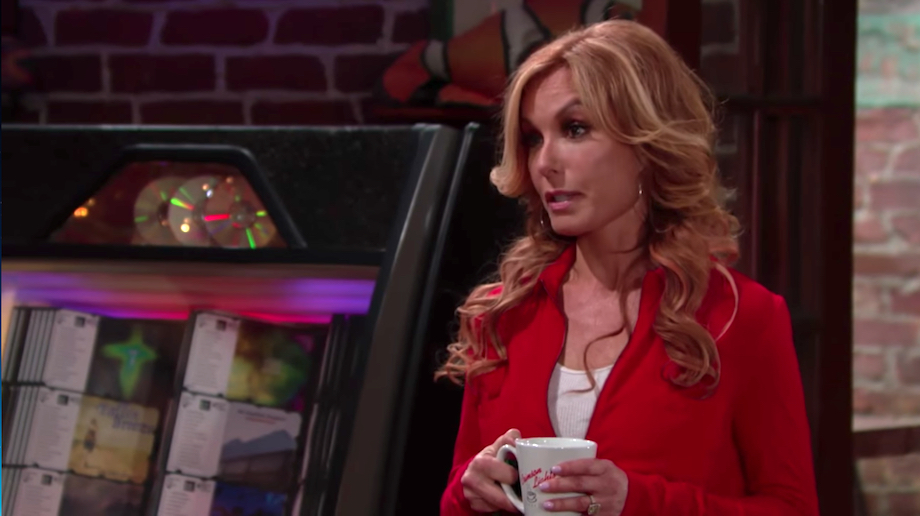 Lauren has had enough of Sharon! (Photo Credit: CBS)

Bad enough Abby went missing when Zack dragged her out of the party, but Scott hasn’t been seen since he went after them! As their loved ones wait at Crimson Lights for any news of their whereabouts, things take an ugly turn. “None of this would’ve happened,” Lauren reminds Sharon, “if you hadn’t seduced my son.”

Meanwhile, the Newmans are concerned about Abby — well, maybe not Victoria, so much. “Abby left with him,” she informs Victor. Sitting behind his desk, Victor is desperate to save his daughter. “That’s why we have got to find her,” he insists. “This is a nightmare.”

Check out this tease from today’s dramatic episode, and for more Y&R previews, keep reading the CBS edition of Soaps In Depth magazine!