Jack wants answers, but he may not like what he finds out in these spoilers from THE YOUNG & THE RESTLESS! And as Billy and Victoria continue to spend time with each other, a jealous Phyllis plots revenge!

Learning that Dina has been giving Graham access to confidential Jabot files, Jack decides it’s time to confront his mother and find out exactly who this mysterious newcomer really is. “What has this man done to deserve undying loyalty from you?” he asks, trying to reign in his anger. Backed up against the wall, Dina declares: “Alright. I’ll tell you.” But will she tell him the whole truth? And is Jack ready to hear it all? 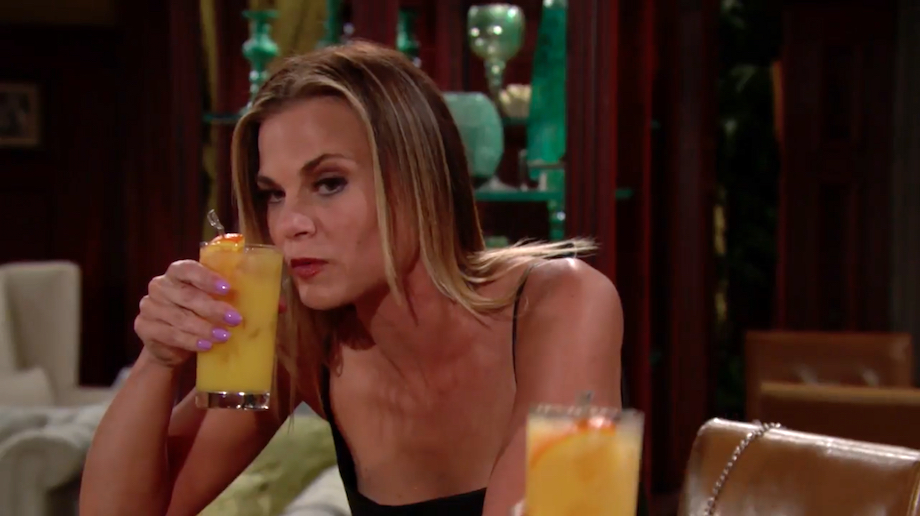 As work at Brash & Sassy continues to force Billy and Victoria to spend a lot of time together, could business turn into pleasure for the exes? “I’m really glad you were there to help me,” Victoria tells him with a smile. Billy grins back and responds: “We make a pretty good team.” Meanwhile, over at the bar, Phyllis is pounding them back and complaining about her current situation as a third wheel. “I’m the outsider, I’ll never have what they have,” she grumbles before adding, “I wanna fix it.” The problem is, Phyllis is opening up to Hilary of all people, so her sad tale of romantic woe could end up splashed all over the news! On the other hand, Hilary could be just the person to help out if Phyllis is plotting to take revenge on her rival!

The Photo That Had Some Y&R Fans Believing Camryn Grimes Is Pregnant!