People are in big trouble in these spoilers from THE YOUNG & THE RESTLESS, and not everybody is going to get out unscathed! Dina pushes Jack away, Victor wants answers about who poisoned his daughter, and Scott is locked up behind bars with no way of proving he’s been set up!

Jack and Ashley were stunned to find their mother in Florida and especially hanging around with Graham! As they try to talk to her, Dina turns to Graham and shouts: “You know how much I despise him!” Confused, Jack takes a step towards her. “Mother, you don’t mean —“ he starts to say. But Dina lashes out and swats his hand away! “Don’t you dare touch me!” she hisses. Just what is going on with Dina, and can Jack and Ashley get her out of Graham’s clutches? 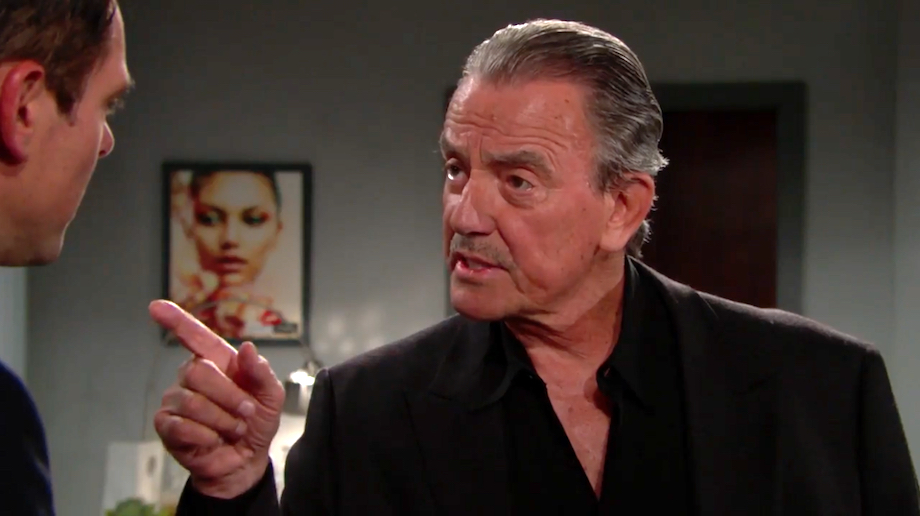 With Victoria laid up in the hospital suffering from the effects of the chemicals in the face masks, Billy is scrambling to cover everything at Brash & Sassy. “I’ve been doing damage control all day,” he informs Victor. But The Mustache has only one thing on his mind. “Who the hell poisoned those face masks?” he asks. The most likely suspect would be Jack, who wanted nothing more than to put Brash & Sassy out of business, but could someone else be behind it?

Arrested for the murder of Natalia, Scott hires Michael to represent him. But even though it’s obviously a setup, the lawyer warns: “Don’t expect to be handed any get out of jail free cards just because we’re all friends.” Could Michael possibly think that Lauren’s son is capable of murder?

Don’t miss this tease for today’s dramatic episode, and for more Y&R previews, keep reading the CBS edition of Soaps In Depth!

Y&R Stars Remember the Late Jeanne Cooper on Her Birthday