Victoria may be setting herself up for a fall in these spoilers from THE YOUNG & THE RESTLESS, but she’s not the only one. Sharon continues to stubbornly put her life in danger! Can anyone rescue these two?

Victoria is having drinks with Nikki before her date with Ben and filling her mom in on the new man in her life. “I don’t know,” Vikki muses. “Maybe there’s something there. Maybe we should give it a try.” Not knowing anything about Benjamin Hochman, Nikki will probably support her daughter pursuing a new romance.

The guy doesn’t have the best reputation, but Ben may actually be showing a softer side when he meets with Jack and is reluctant to help him take Victoria down. “I honestly like Victoria,” Ben warns him. “And I’m not looking to exploit her —” But Jack cuts him off and declares: “Every man has his price.” So how much does Hochman cost? 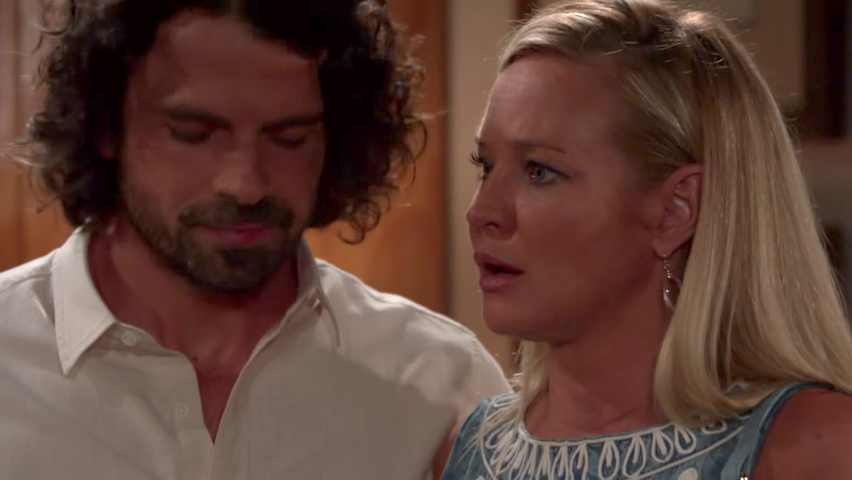 Sharon may have made a terrible mistake! (Photo Credit: CBS)

MUST SEE: Camryn Grimes Responds to a Fan’s Complaint About the Mariah/Tessa Storyline

Sharon’s attempt to rescue Crystal nearly put both of their lives in danger, and as the police arrive at the motel, Scott rushes to Sharon’s side. On the other hand, as Christine enters with an officer, she is decidedly less-than-thrilled with Sharon’s ill-advised plan. “I’ve heard what you’ve done, Sharon,” she grumbles. “I just wish I knew what you were thinking.” Can anyone convince Sharon to let this go before she gets someone killed… like herself?

Who Is Y&R’s Graham?

Y&R Fans Worry Daniel Goddard Is Being Written Off the Show!