A lot can happen in a day in Genoa City so it’s easy to get lost. If you’ve missed anything that happened over the last week or so on the soap, our THE YOUNG & THE RESTLESS recaps can help you get back up to speed in no time!

After viewing Dina’s confession about Jack’s paternity, Kyle tried — and failed — to convince his dad to change Jabot’s blood-only bylaw. Realizing the truth would eventually oust him from ever controlling the family company, the young schemer showed Dina’s confession and the bylaw to Victor. Although he dismissed Dina’s confession as lacking proof, Victor insisted on keeping the video. Meanwhile, Abby and Ashley hired Charlie to put together a montage of Dina’s memories and organized a public showing in a theater. While Jack was annoyed when Victor arrived, that was nothing compared to his shock when the screening began with Dina’s confession about his paternity! Later, Abby and Ashley confessed to Jack that they’d secretly had a DNA test done which confirmed Dina’s story. Understandably, Jack insisted that the test had been compromised, and maintained he was John Abbott’s son. Still, his temper slipped, and he exploded at Dina when she waltzed in, caught in a delusion about her and John’s grand love story! The next day, Jack tried to pretend like nothing had happened, but Neil convinced his pal to have his own DNA test performed. Meanwhile, Abby and Ashley investigated who might have sabotaged the screening. Needless to say, Kyle was their No. 1 suspect! 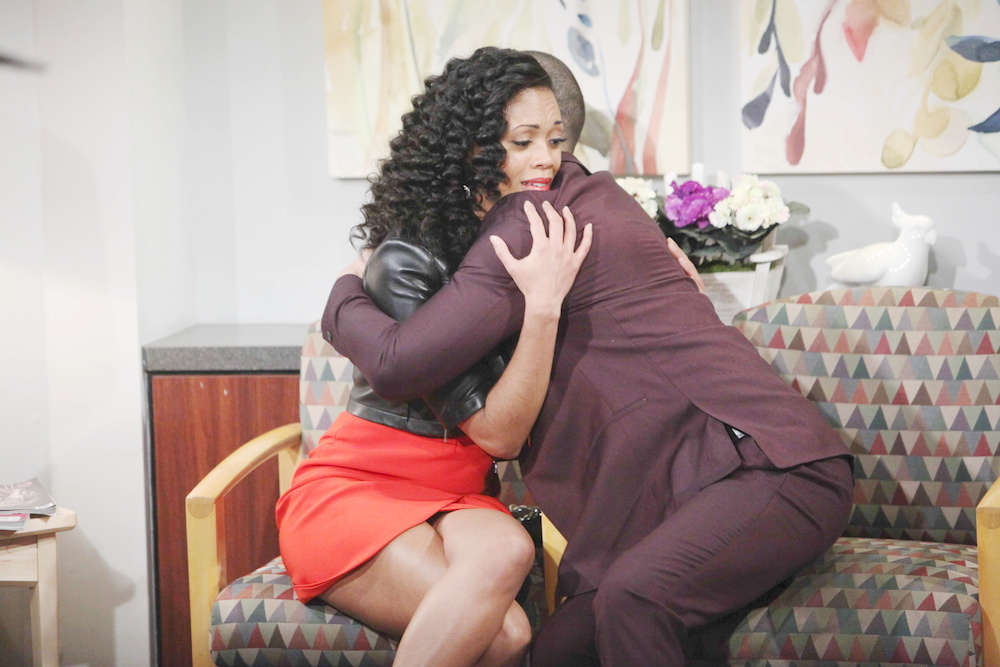 Hilary was stunned to learn that her pregnancy announcement had been premature — and the earlier test had been a false positive. She decided to come clean with Devon, but kept the news to herself after her jealousy flared up over his relationship with Simone. Instead, the vixen decided to make her pregnancy a reality by inseminating herself with her ex’s sperm! Meanwhile, Phyllis blasted Devon over his treatment of Hilary. Affected, he decided to support Hilary, which meant showing up for her doctor’s visit. Not surprisingly, his appearance sent Hilary into a tizzy. Rather than be angry at her latest deception, Devon shocked his ex by supporting her! Later, Devon broke up with Simone as he prepared to co-parent with Hilary. Believing that Hilary was already pregnant, Lily stunned her former sister-in-law by becoming oddly protective of her!

Victoria threw a farewell party for Reed, but felt guilty when he was upset that J.T. failed to attend. Phyllis worried that a frazzled Sharon would crack, especially when Paul’s investigation into J.T.’s disappearance revealed inconsistencies in the statements made by Nikki, Victoria, Sharon and Phyllis. Freaking out, Victoria considered taking the fall for her mom by claiming that she’d killed J.T. and disposed of his body. Phyllis hustled Victoria out of town to a cos- metics convention before she could con- fess! Meanwhile, Mariah began to remember that she’d heard a man’s voice during their Girl’s Night, but Sharon dismissed her daughter’s claim by reminding her that she’d been very drunk. When Nick obsessed about finding J.T., Sharon distracted her ex by making love with him! Later, they decided to continue their relationship as a “Friends With Benefits” arrangement. Across town, a recovered Victor wasn’t happy when he realized Arturo was Nikki’s lover. After a discussion, Nikki and Victor decided they were ditching their lovers and going back to monogamy.

Should Victoria Come Clean About What Happened to J.T.? — Vote Now!

What Happened to Kyle’s Mom on Y&R?