Things have been bad for Cane, but in these spoilers from THE YOUNG & THE RESTLESS, they’re about to get so much worse! One secret has already been revealed, but the bigger bombshell is about to hit!

Having discovered that money is missing from the twins’ school account, Lily is confused and demands the truth from her husband. “What have you done?” she asks Cane, who freezes in his tracks. What lie will he come up with to cover the real reason why he stole the funds from his kids? And will Lily buy it? How many more lies can their marriage survive? 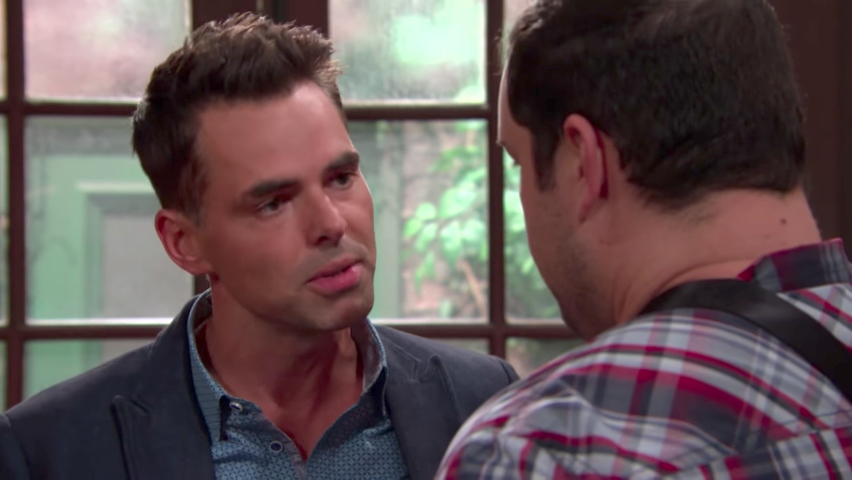 Billy won’t stop until he gets answers! (Photo Credit: CBS)

Having witnessed Cane and Jesse’s angry confrontation, Billy steps in to force the cameraman to tell him exactly what’s going on. “I’ve got nothing else to say to you,” Jesse insists. But as he tries to leave the coffee shop, Billy puts a hand on his chest to stop the guy in his tracks. “You’d better start talking, Jesse,” Billy warns, “or I’m gonna start making phone calls. It’s up to you.” Will Jesse sell Cane out to save his own skin?

And Lily’s life could be about to get even more complicated after Jordan’s confession! Upset that Jordan isn’t happy for her getting the commercial job instead of her rival, Hilary suggests, “Maybe you care about Lily more than you’re saying.” Jordan just stares her down and replies: “Maybe I do.” Just how does Jordan feel about Lily? Is this yet another reason for Hilary to hate Lily?