The mystery surrounding Adam’s death creates new drama in these spoilers from THE YOUNG & THE RESTLESS!

After the way Chelsea reacted when giving her Sage’s inheritance brought up memories of Adam’s death, Nick becomes suspicious about his brother’s demise and shares his concerns with Nikki. “If that explosion wasn’t a fluke,” she asks her son, “What caused it?” How far will Nick go to dig up the truth about the bomb that killed Adam?

Meanwhile, Chloe is shocked when Chelsea tells her about the money Nick gave her. “No, I’m not talking about Nick,” Chloe says, flustered. “I’m talking about Adam. He’s linked to that money. You can’t keep it.” Will Chelsea listen to her friend? 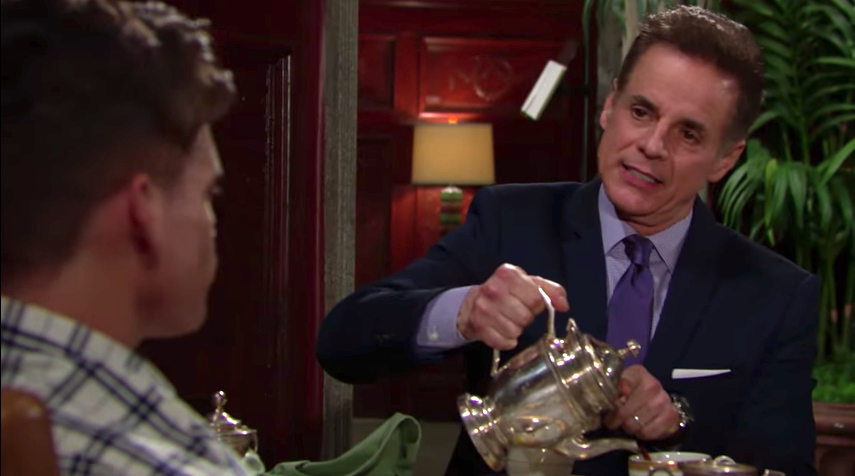 Having lunch with his brother, Michael remarks on Kevin’s renewed relationship with Chloe. “Seems like you’re already there,” he smiles. “In love, living together…” But then Kevin drops a bombshell! “I’m gonna ask her to marry me!” he announces. Michael’s face falls and he nearly drops the teapot! Can Michael talk Kevin out of making what he thinks is a terrible mistake? Or is Kevin so blinded by love that he’s going to rush headlong into a disastrous marriage?

Steve Burton Reveals Whether He Would Return to Daytime!