The future is in uncertain for some in these spoilers from THE YOUNG & THE RESTLESS! Nick doesn’t think he has a future, Hilary looks like she’s about to destroy Jordan’s, and Lily doesn’t see one with Cane anymore.

After the devastating fire at The Underground, Nick began to believe that his dream was finally dead. Bad enough that Victor had been making their attempts to expand into a chain of clubs extremely difficult, but now that the original location has been burned to the ground, Nick just doesn’t see the point in fighting anymore. So when Noah sits down with his father to ask: “Rebuilding — when do we start?” Nick’s response is to shake his head and admit: “Never.” Will Noah let him just give up on their plans? 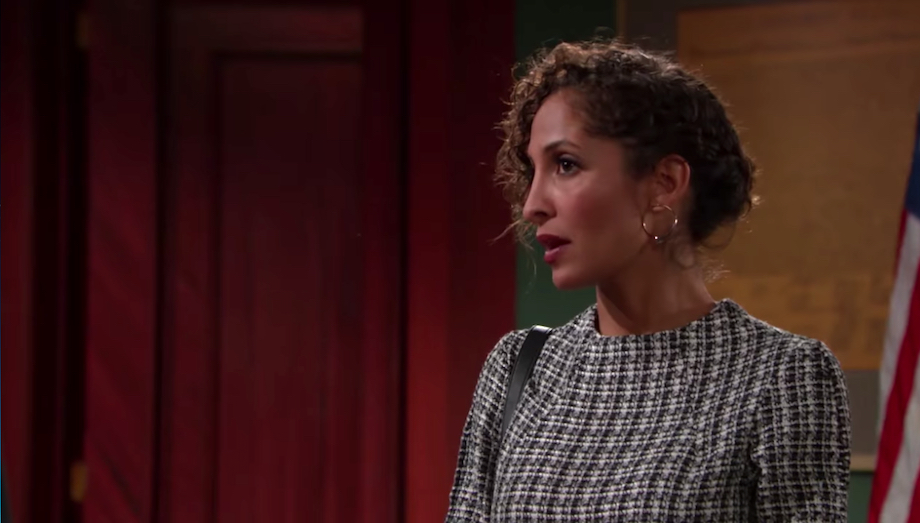 At the courthouse, Cane’s lawyer arrives and Michael asks where her client is. “Yeah, that’s what I would like to know,” Lily adds. Unfortunately, Cane was locked up along with Billy for drunk and disorderly conduct, so before Cane can make it to divorce court, he’s got to find a way out of jail! Which is honestly not the best start to any court appearance…

Jordan arrives at the police station and barges into Paul’s office. “Can I help you with something?” he asks. Jordan rubs his hands together nervously and confides: “I need to report a burglary.” And what Hilary found in his hotel room must be juicy, because she’s tearing through the GC Buzz studio on her phone telling someone: “We’re doing a live show. I need you in the studio, pronto!” Just how much trouble is Jordan about to find himself in?