It’s all-out war in these THE YOUNG & THE RESTLESS spoilers. Even as Jack digs for information about his real father, Billy finds himself falling into Summer’s trap and Victor’s determination to take custody of Christian could destroy the entire Newman family!

Neil presents Jack with a box that could contain the answers he’s been looking for. “Somewhere in those pages,” he remarks as Jack digs through and pulls out a small journal, “you just might find your biological father.” Jack looks up at Neil, stunned. Is he ready for the truth?

At home, Billy is annoyed that Summer continues walking around the house in skimpy outfits. “You keep sneaking peeks and you think I don’t notice? You’re turned on, aren’t you?” the young woman taunts. With his hands on his hips, Billy frowns sternly and shakes his head. “That’s not at all what’s happening here,” he protests. Summer shrugs and walks away, teasing: “It’s okay. I think you’re hot, too.” She’s playing a dangerous game! 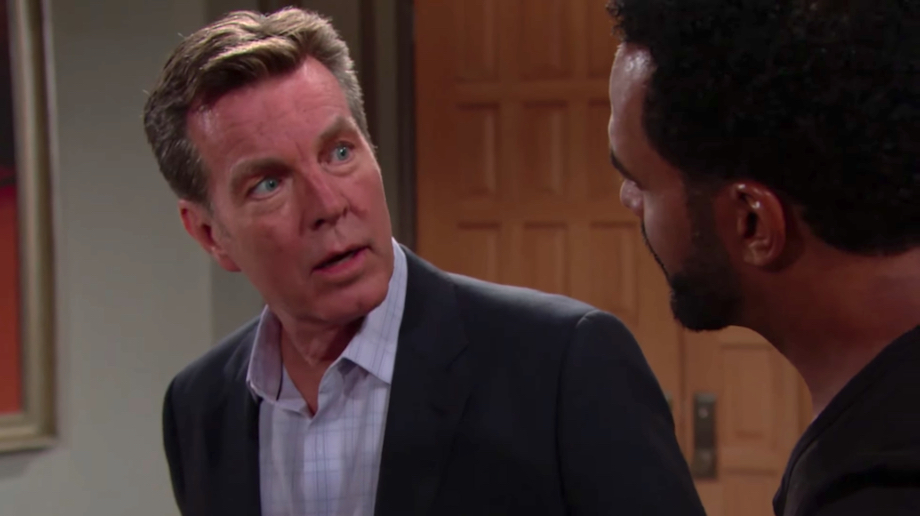 How close is Jack to the shocking truth? (Photo Credit: CBS)

As Victor prepares to take custody of Christian away from Nick and Sharon, Nikki tries to warn him that he’s detonating a bomb that could destroy everything he loves. “You might lose more than Nicholas,” she cautions. “You could lose your entire family. And that includes me.” And after Nikki worries that Victor is playing with fire, Nick reminds his father that he’s not going to back down this time. “I’m gonna take everything from you that ever mattered,” he seethes. “This is war.”

And when Victor and Nick finally face off, things take an ugly turn. “So you admit your intent to use Christian to punish your father?” Michael asks as Nick leaps to his feet to interrupt. “I’m tired of this!” Nick shouts as Brittany tries to calm him down. “That’s my boy!” Victor just sits calmly at the table next to his attorney giving nothing away. Is Nick fighting a losing battle?