Having returned from her trip to Hollywood to be with Billy, Phyllis walks into Jack’s office to inform him that she’s back and feeling much better after her sick leave. “That was a nasty virus,” she exclaims. But Jack has plenty of experience calling his ex-wife out on her lies! “I bet the weather in Los Angeles helped, too,” he snarks. Phyllis’ face falls as she realizes she’s busted! 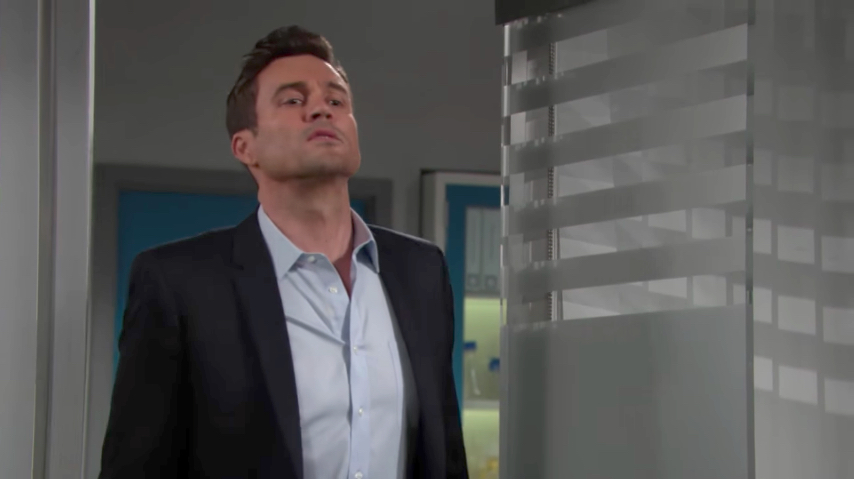 Meanwhile, back at the GC Buzz studio, Hilary is freaking out about the clip they aired of Billy joking about placing bets with the hockey players during the interview. “That clip aired on my show,” she angrily informs Lily. “If there is blowback, think about what it could do to me!”

And at the Brash & Sassy offices, the staff continues to deal with the fallout from the scandalous clip airing live. “I should’ve asked for a confirmation e-mail,” Juliet laments, “but it was such a rush.” At that moment, Cane strides confidently through the door to interrupt. “Don’t do that,” he assures Juliet before turning to Billy sitting at his desk. “This mess falls on Billy, not you.” Will Billy find a way to fight back against Cane?

Eric Braeden Reunites With Michelle Stafford For a Revealing Chat!

Get to Know Lexie Stevenson, Who Is Playing the New Mattie Ashby!

Jason Thompson Announces His Wife’s Pregnancy With the Most Beautiful Baby Bump Pics!