Scott and Abby are still trapped, but in these spoilers from THE YOUNG & THE RESTLESS there’s new hope of a rescue! Of course, Abby may not have much to come home to if a vengeful Victoria has her way!

Trapped in the storage locker, Scott has lost all hope and Abby tries to keep his spirits up. “You’re wrong,” she promises. “Help is coming. My family will not rest until we are found.” Seeing as how Scott was rescued from a Middle Eastern prison earlier this year, you’d think this would be a piece of cake!

Thankfully, it looks like help could be on the way when Paul gets a lead in the missing person case. “We may have gotten our first break,” he announces to Sharon in the coffee shop as he looks up from his phone. She rushes over to his table eager to hear some good news. “Finally!” Sharon exclaims. “What is it?” Paul smiles slightly as he holds up his phone. “GPS coordinates from Scott’s last phone call.” Will that be enough to lead them to Scott and Abby? 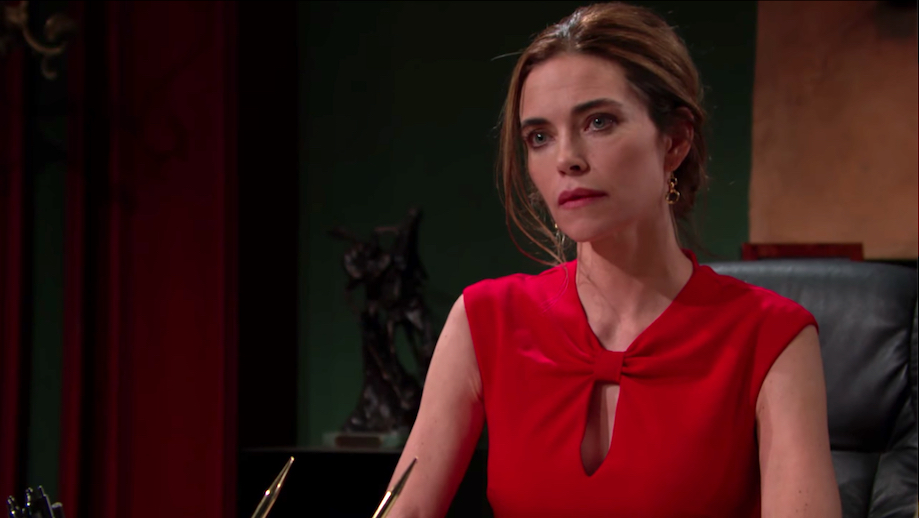 Victoria is proving she is truly her father’s daughter! (Photo Credit: CBS)

Over at Newman Enterprises, Victoria is eager to do some damage control to keep the company from being dragged down by the scandal created when the Design Date app was revealed to be a front for Zack’s sex ring. But Lily questions her boss’ plan of attack. “Your sister is missing,” she asks, “and you’re going to throw her under the bus?” Is Victoria going to be just as ruthless as Victor now that she’s in charge?

Which of These Soap Families Would You Want to Spend the Holidays With?