Secrets are being kept, but in these THE YOUNG & THE RESTLESS spoilers, it looks as though some of them are on the verge of being exposed! Will Hilary come clean to Devon about their baby? Can Kyle successfully bring down his father? And can Nikki and Phyllis keep Sharon from ruining everything by revealing their part in J.T.’s death?

Mariah does another interview with Hilary for GC BUZZ to further quiz the reporter on the wonderful news she recently announced. “What is the newly expecting mother-to-be hiding?” Mariah asks with a smile. Hilary grins back, but her eyes betray the fact that she is actually hiding something serious — the fact that she jumped the gun and isn’t pregnant with Devon’s baby. But with Devon watching from off-camera, will she confess the truth? 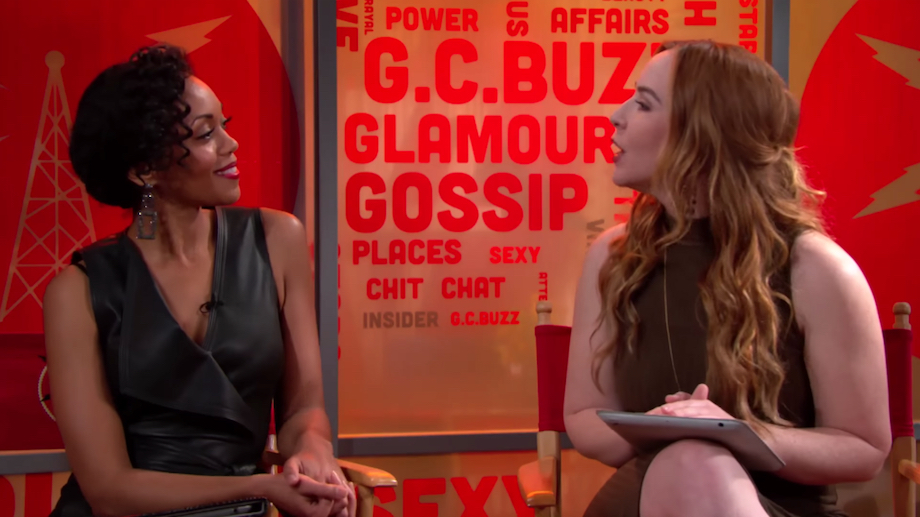 Kyle has been working secretly with Victor to take down Jack, and now he’s hoping to get some other Abbotts on his side in this family battle. Sitting at the club with Billy, he makes his pitch. “That Abbott clause that dad instigated,” Kyle declares. “If we want this family right again, we need to kill that clause.” But will Billy agree to go along with whatever Kyle’s got up his sleeve?

At Crimson Lights, Nikki and Phyllis sit down for a cup of coffee and discuss Sharon’s erratic behavior since they helped cover up J.T.’s death. “What is Sharon doing?” Nikki frets. Phyllis leans in and lowers her voice. “She thinks our next step is to run to the cops,” she hisses. “We’re all gonna end up in prison!” What the women don’t realize is that Hilary is just on the other side of the cafe — has she heard them? Meanwhile, Sharon continues to unravel as the guilt overwhelms her. Visiting Victor, she is stunned to hear The Mustache promise to get justice done. “I’m gonna find that J.T. if it’s the last thing I do,” Victor vows. What will Sharon do next? Will she crack and ruin everything for everyone?

All of the Big Winners at the 2018 Daytime Emmy Awards

The Most Stunning Daytime Emmys Red Carpet Looks This Year

What Happened to Reed on Y&R?