It’s not quite summer but things are really heating up in these THE YOUNG & THE RESTLESS spoilers! Phyllis is stunned when her daughter makes an unexpected return to Genoa City, Hilary is shocked by Devon’s proposal, and Victor makes a bold move that could tear Sharon and Nick apart!

Summer is back in town to stir up some trouble, starting when she lets herself into the house to find her mother naked on the couch with Billy! “Hey, mom,” the young woman smiles as the pair scramble to cover themselves. “Hi, Billy.” And then later, when they’re dressed, Summer snarks: “How many married men have you slept with?” And even later, Abby isn’t happy when she sees Arturo dancing with Summer, but what lands Summer behind bars?

Since Jack has moved out of the Abbott mansion, it’s no surprise that he’s chatting with real estate agent Farrah DuBoise. But it looks like he may be mixing a little pleasure with his business! “You’re a beautiful woman,” he smiles. “I enjoy your company.” The blonde’s eyes twinkle as she responds: “Well, in that case…” But when Jack declares he’ll get them a table, she reaches out to touch his hand, as if to stop him. 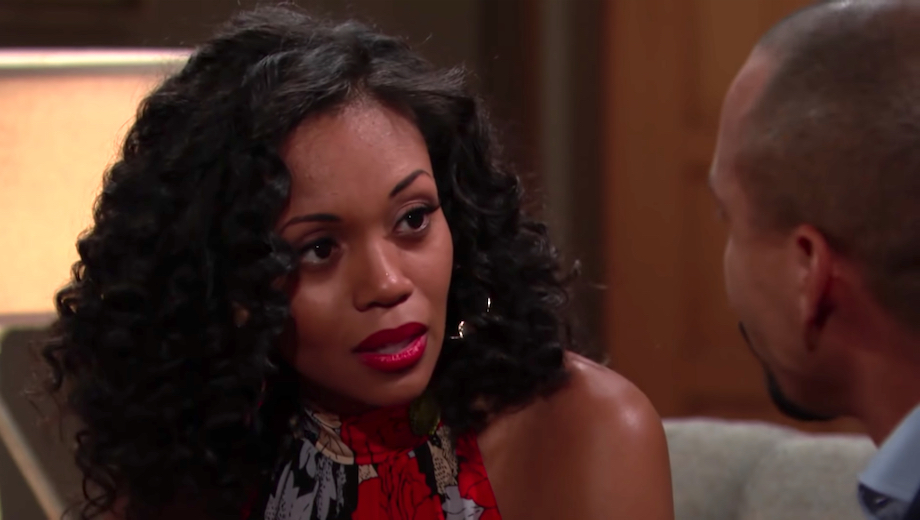 Also looking for a new place to live is Hilary, but her search may come to an abrupt end when Devon makes an unexpected suggestion. “Why don’t you move in with me?” he offers. Hilary’s jaw drops. She’s going to have his baby and they’ve been getting closer and closer. Is this the start of all of Hilary’s dreams coming true, or will moving too fast spoil her reunion with Devon?

Nick’s world continues to fall apart as Victor arrives at his door with some bad news. “I’m suing you for full custody of my grandson,” Victor announces. And when Nick shares his father’s power play with Sharon, she comes to a horrifying realization. “Victor’s gonna use me to go after Christian,” she sighs. And then she makes a surprising decision of her own. “I have to leave you!” she declares.

Check out these teasers for the dramatic week to come, and for more Y&R previews, keep reading the CBS edition of Soaps In Depth magazine!