Scott and Abby go straight from the frying pan into the fire in these spoilers from THE YOUNG & THE RESTLESS! As they find themselves at the wrong end of a gun, Victor gets some bad news and Dina is forced to see a doctor!

Scott and Abby were able to escape the storage locker where Zack left them locked up, but as the pair toss a cheap motel room, they are startled by an unexpected visitor. Scott puts the phone down to turn around and see Zack standing there holding a gun on them both! “Oh my God,” Abby gasps as she drops the bedsheets in her hands. Zack points the pistol directly at them as he smiles slightly. “Here we are again, Abby,” he snarks. Will Scott and Abby get away from the villain as easily a second time?

And back in Genoa City, Paul stops by Newman Enterprises with an update. “What have you got?” Victor asks. Paul sighs and admits: “What I have, you may not want to hear.” 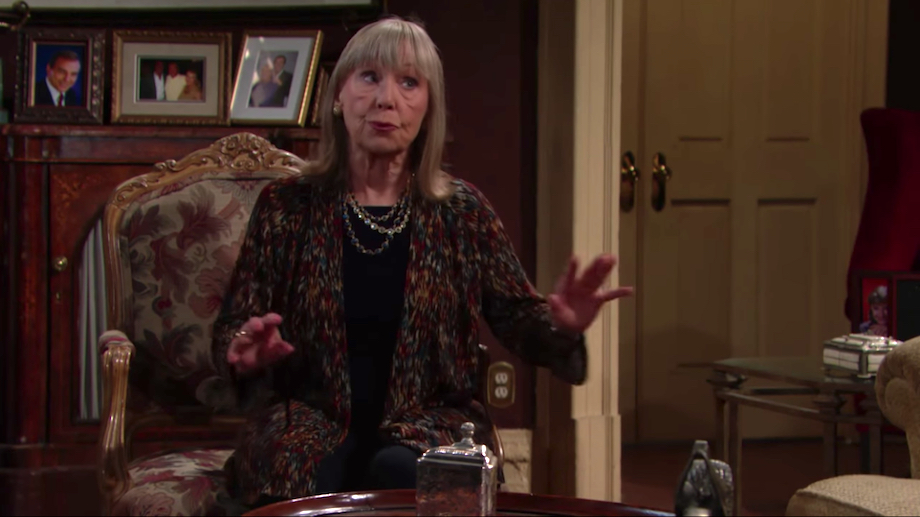 Dina is annoyed when Jack arrives with a man she doesn’t know. “It was self-defense,” she insists of her attack on Nikki. “Now can we please drop this?” But Jack is eager to help his mother and tries to reassure her. “No, we can’t,” he says, gesturing to the man at his side. “That’s where the doctor comes in.” But will an increasingly resistant Dina agree to be examined by a doctor? Jack’s going to have his hands full with this one!

Naomi Judd Made a Surprise Appearance on Y&R!

Thad Luckinbill Is Back on Set at Y&R