You can’t escape your past in these spoilers from THE YOUNG & THE RESTLESS!

Since Tessa arrived in Genoa City, her history has been shrouded in mystery. She’s ingratiated herself with the Newmans, particularly Nikki, but some still find the young woman suspicious. She’s certainly been acting twitchy ever since Zack appeared! “What are you doing in Genoa City?” she asks nervously as he grabs her arm to keep her from running away. “What do you want from me?” As Sharon watches from behind the bar, will she intervene or let the scene play out to see if any of Tessa’s secrets are revealed?

MUST SEE: Everything You Need to Know About Y&R’s Leslie! 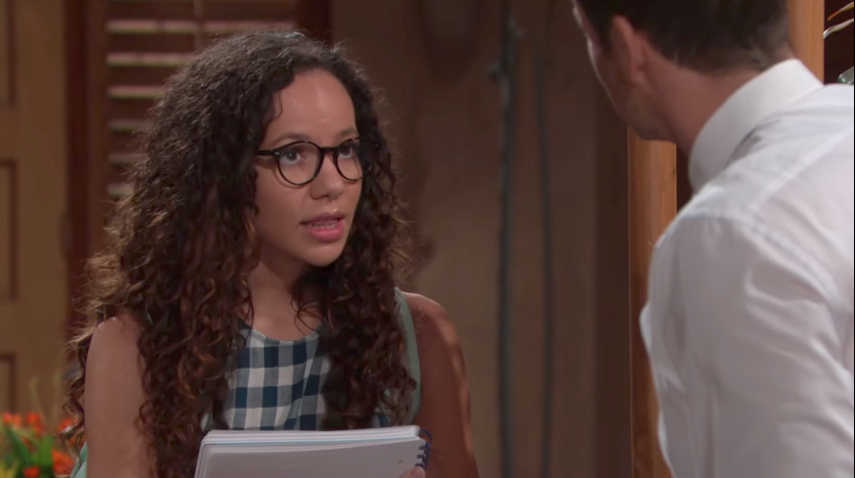 Mattie is worried about her dad! (Photo Credit: CBS)

Mattie is old enough now to notice when things aren’t quite right at home, and she’s picked up on the tension between her parents. “I think something’s off,” she tells her dad. “You know you can tell me, right?” But there is no way that Cane is going to tell his daughter that he’s being sued for sexual harassment by a woman who he got drunk and spent the night with in Tokyo! How is he going to talk his way out of this one?

Meanwhile, Juliet and Hilary are having a bite to eat when Juliet’s phone goes off. “It’s Leslie,” she says, looking down at the screen. “The judge must have ruled.” In this battle of he said/she said, will Cane or Juliet come out on top?

Don’t miss this tease for today’s eventful episode, and for more Y&R previews, keep reading the CBS edition of Soaps In Depth magazine!