The character of Diane Jenkins has been mentioned recently on THE YOUNG & THE RESTLESS, and while she may no longer be on the show, one of her portrayers, Susan Walters, will be appearing on NCIS in the episode airing on Tuesday, May 15! She will be playing Marcy Brooks, wife to a soldier lost at sea. But when Mark Harmon’s NCIS Special Agent Gibbs attends his friend’s memorial service, it turns out that things are not quite as they seem!

Walters told Soaps In Depth that she was thrilled to be able to work with series star Mark Harmon, who she first met when her husband, Linden Ashby (ex-Cameron, Y&R) appeared with him in the film, Wyatt Earp, 25 years ago. “I hadn’t seen him since,” she confided, “but we both felt like we knew each other. And that was great. I felt so comfortable with him because I’m crying in the scenes the first day I’m working with him. And not just crying, but opening up. They were just very vulnerable scenes.” 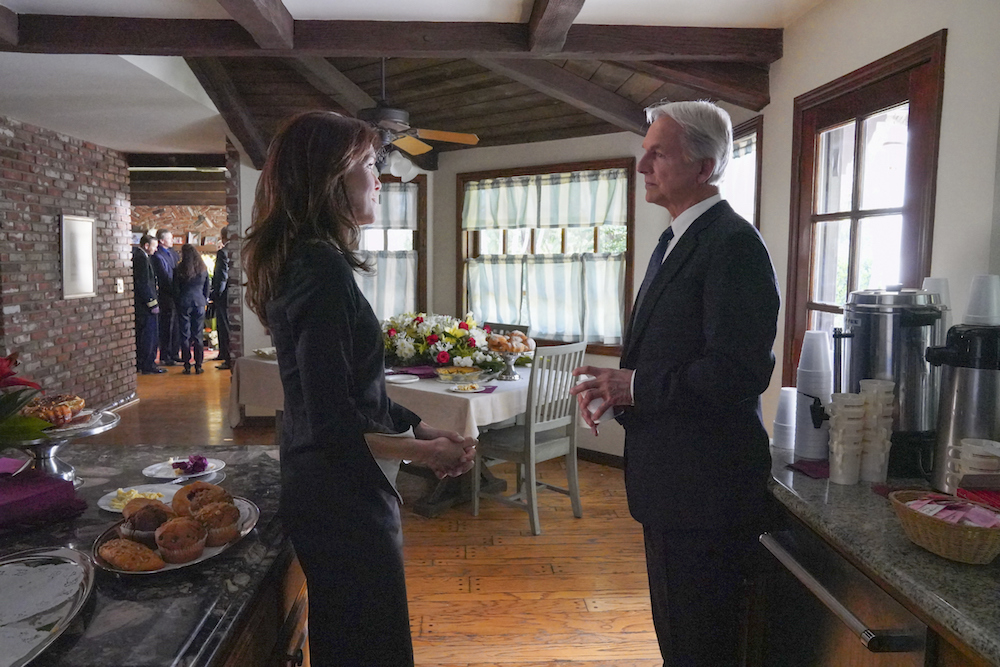 Before starring on Y&R, Walters appeared as Lorna Forbes on the ABC sudser LOVING, and has had recurring roles on primetime series like ONE TREE HILL, THE VAMPIRE DIARIES and TEEN WOLF. So she’s had a lot of experience with a lot of different casts and crews during her career. And she ranked this as one of the best. “The show’s been on for like, a million years,” she declared, “and they are still really committed to their work. They’re fresh and they’re excited to be there. There was no phoning anything in there. It was do the work and do it well. I love that.”

Make sure to tune in to see Walters in NCIS airing Tuesday, May 15, at 8 p.m. ET on CBS and for more on your favorite Y&R stars — past and present — keep reading the CBS edition of Soaps In Depth!