Viewers of THE YOUNG & THE RESTLESS were sad when Greg Rikaart left the CBS soap after 14 years of playing Kevin Fisher, but many fans of the actor have followed him to NBC’s DAYS OF OUR LIVES where he’s now playing Leo. And the openly gay actor jumped at the chance to portray the shady character who has become enmeshed in the Sonny/Will/Paul storyline. “I knew a bit about the triangle between the three guys and just how groundbreaking it is,” Rikaart told Soaps In Depth. “There wasn’t just one gay character on the show, there were three, and they’re involved in frontburner storyline.

“I think there are under-represented people in this country that watch TV and want to see their stories told,” he continued. “That’s why I’d always advocated for that for Kevin, and why I’m grateful that I got that opportunity here.” 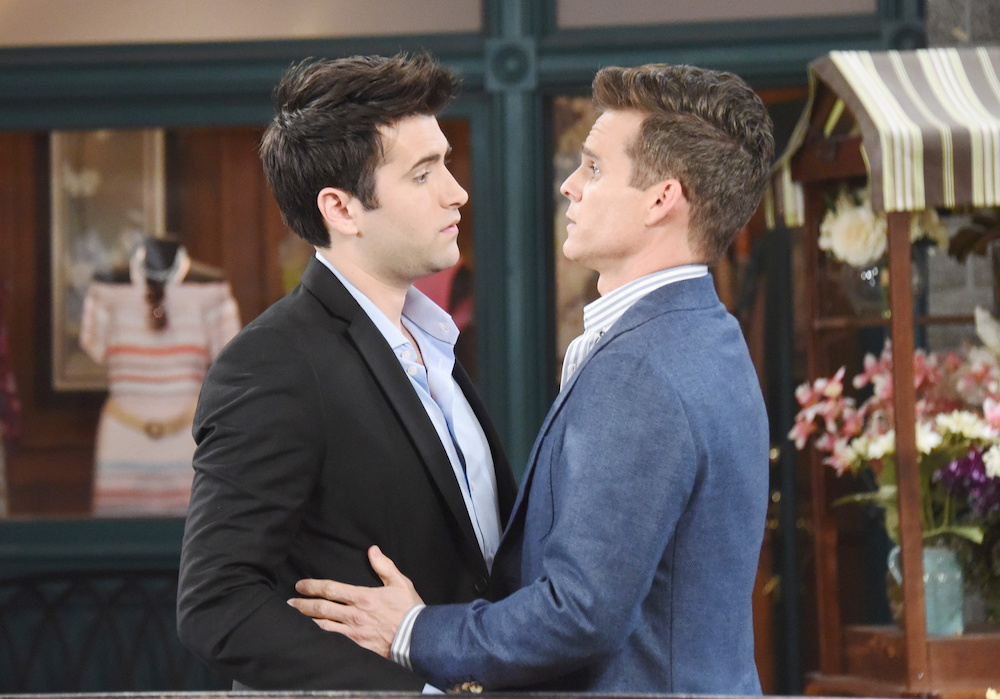 ”Leo would have to be a robot to to be taken in and completely charmed by him,” Rikaart says of Freddie Smith’s Sonny. (Photo Credit: XJJohnson/jpistudios.com)

But besides that angle, Rikaart admitted that he couldn’t resist when DAYS told him Leo’s storyline would include him working for Vivian to seduce Sonny and file a sexual harassment suit to take down Titan Industries. “The way the character was pitched made me want to dive in head first!” he enthused. “It’s really fun to try and find the humanity in someone who’s doing bad things and, even if it’s not portrayed by way of dialogue, to — at least in my preparation — justify the behavior so that I’m not judging the character and what he’s doing.”

There is one other big difference the Daytime Emmy winner has found between his Y&R and DAYS gigs, and that is the much faster production schedule on the NBC soap that leaves him reeling when he comes home from work to husband Robert Sudduth and their almost-two-year-old son, Monty. “There were days when I’d come home and Rob would say ‘How was work? Was it good?’” Rikaart joked. “And I’d be like, ‘I don’t know! I think so. I blinked and it was over!”

Me: My love, did you poop? Cuz I think you pooped. Monte: Nope. You be the judge.