The battle for Fenmore’s takes some unusual twists and turns in these spoilers from THE YOUNG & THE RESTLESS!

Eager to get his hands on Lauren’s floundering business, Jack meets with Gloria, who is well aware of Fenmore’s precarious financial situation. “What’s in all this for you?” Jack asks, knowing she’s clearly got a scheme up her sleeve. “Small role in the company,” she smiles, gesturing with her thumb and forefinger. Jack mimics her gesture, wondering, “How small?” Would Gloria really betray her son’s wife just to land herself a cushy job? 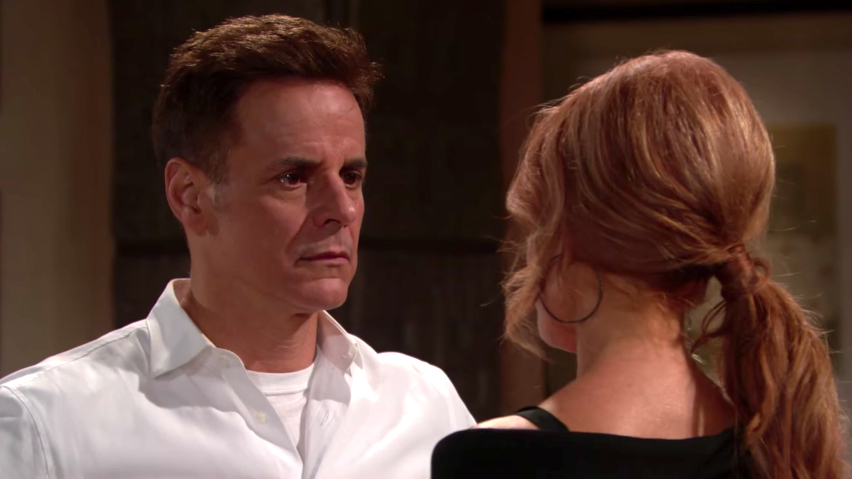 MUST SEE: Stars Share Amazing Pics of How They Kicked off 2017!

Meanwhile, Michael’s face falls as Lauren gets serious and admits, “I have not been honest with you.” Is she about to confess the whole truth she’s been keeping from him about her business troubles? And if she does, how will he react at her not trusting him to support her — especially since Gloria knew before him!

Over at Jabot, Ashley pops into the office and is surprised to see Ravi with Phyllis. He invites her in, but Ashley takes one look at the blonde and demands to know, “What are you doing here, Phyllis?” Just what is Phyllis up to, hanging around the office where she no longer works? And will Ashley let her get away with it?

Check out this tease for today’s twisty episode, and for more Y&R previews, keep reading the CBS edition of Soaps In Depth magazine!