As one pair takes a step closer together, two others are falling apart in these spoilers from THE YOUNG & THE RESTLESS!

As Kevin sits at his desk at the Genoa City Police Department hard at work, Chloe approaches wearing a trench coat and opens it with a sly smile to reveal that she’s not wearing anything else! “Did … did you just…” Kevin stammers, stunned. “What, this?” she responds, opening the coat again for another peek. But are these two really ready to take this relationship to the next level?

Nikki and Victor have been taking care of Faith so the little girl can have a stable home while Nick and Sharon work out their differences. But Nikki phones Nick to inform him, “Faith really needs you.” Cradling baby Christian in his free arm, Nick asks, “Is she okay?” before declaring, “I’m on my way.” Can anything be done to repair this fractured family?

MUST SEE: Y&R’s Tracey E. Bregman Mourns the Death of Her Father 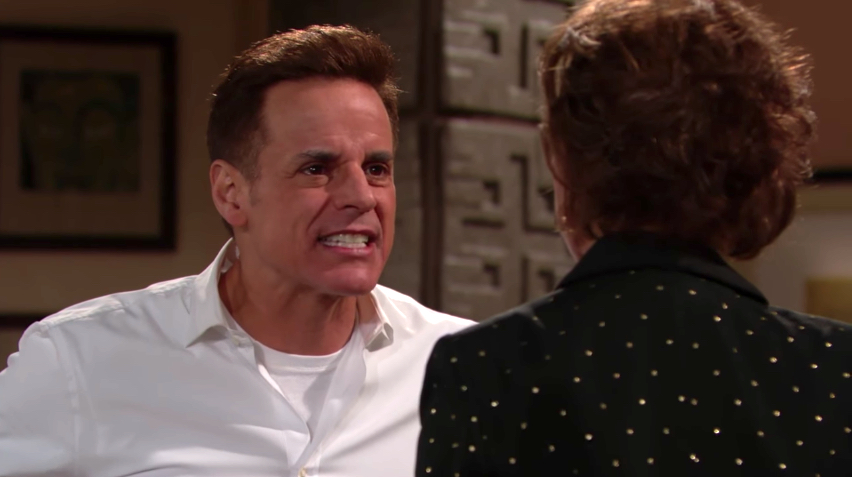 Having gone behind Michael’s back to sabotage Lauren’s business by making a deal with Jack, Gloria does not react well when her son confronts her about her interest in Fenmore’s. “I do not like your attitude, Michael,” she declares haughtily. But Michael gets right in her face and shouts, “And I do not like my mother trying to use me to get something Lauren’s already said no to!” This is already getting ugly, so it’s going to be positively explosive when Michael finds out what Gloria has really been up to!