Dylan could be getting himself into a dangerous situation in these spoilers from THE YOUNG & THE RESTLESS!

Paul and Christine are taken aback when Sharon comes barreling into the police station with a frantic look on her face. “I need to talk to my husband,” she announces desperately. “Right now.” As Paul and Christine look at each other with concern, is there anything the two of them can do to convince Sharon that contacting Dylan while he’s undercover could be a deadly mistake? 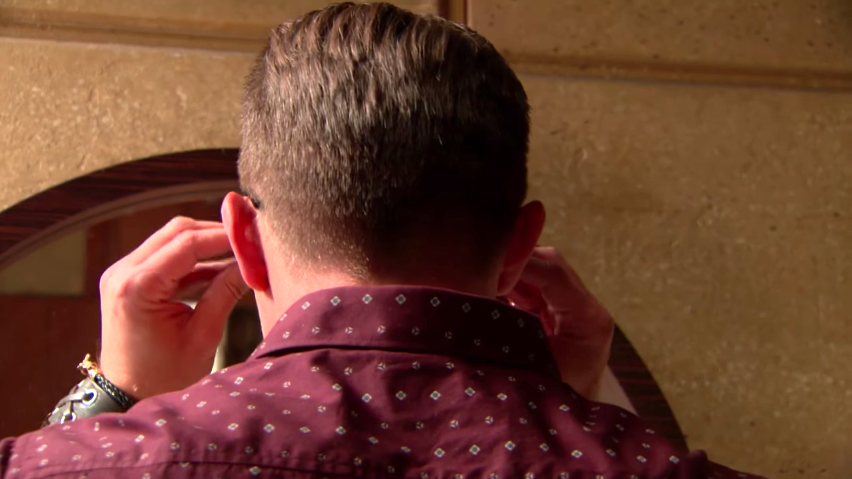 Meanwhile, in a bathroom, Dylan slips on a ring, fastens a leather cuff around his wrist, splashes on some aftershave, and dons sunglasses to disguise himself for this important undercover mission. But how deep undercover will he go, and could attempting to take down this drug lord end up being Dylan’s final mission?

Having taken complete custody of Christian away from Sharon, Nick is struggling with being a single parent. As he tells someone on the phone, “Mine is all over the place,” Christian flings food at his father, splattering goo all over his shirt! “Really man?” Nick sighs as he looks at the adorable tot. Can he handle this on his own, or will he be forced to accept help?

Check out this tease for today’s big episode, and for more Y&R previews, keep reading the CBS edition of Soaps In Depth magazine!