Anjelica Deveraux recently returned to DAYS OF OUR LIVES, and yes, that’s veteran actress Morgan Fairchild in the role! Unfortunately, although she made her debut on the June 14 episode, it was only a limited run, and it’s already come to a shocking end!

Fairchild got her big break in daytime as Jennifer Pace on SEARCH FOR TOMORROW in the ‘70s and also played Sydney Chase on the short-lived sudser THE CITY in the ‘90s. The star also made a guest appearance on THE BOLD & THE BEAUTIFUL in 2009 as an old friend of Stephanie’s who was attending a Forrester fashion show. Fairchild also appeared in primetime soaps like DALLAS, FLAMINGO ROAD, PAPER DOLLS, FALCON CREST, and FASHION HOUSE, as well as countless other television series and films during her impressive career. 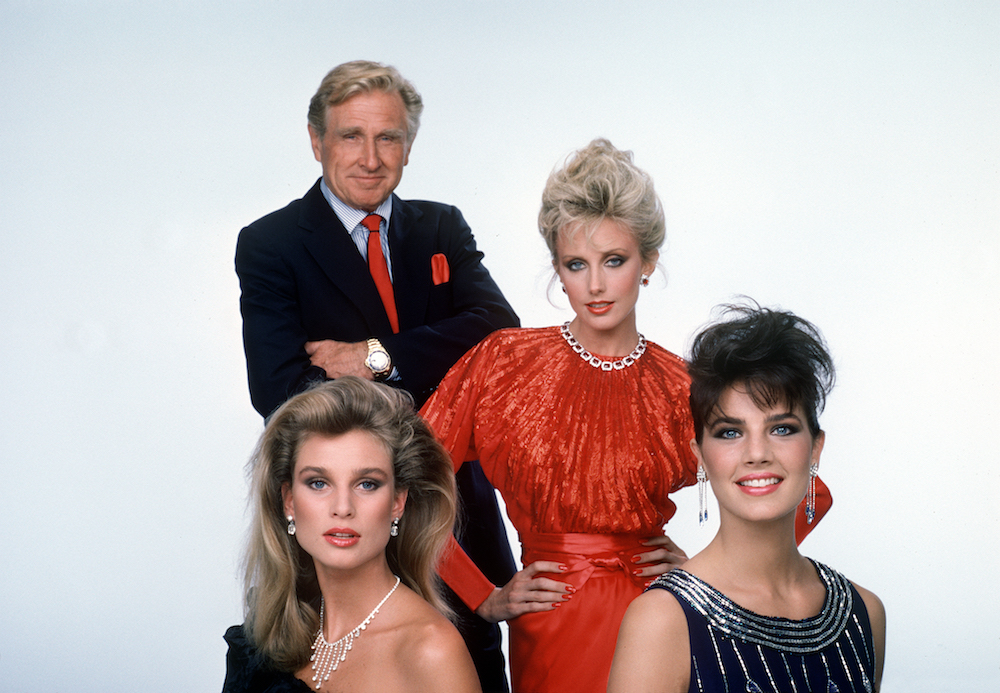 The character of Anjelica first appeared on DAYS back in 1987, with Jane Elliot (GENERAL HOSPITAL’s Tracy) in the role. In 1989, the role was recast with Judith Chapman (now THE YOUNG & THE RESTLESS’ Gloria), and was last played by Shelley Taylor Morgan.

Anjelica has had quite a sordid history in Salem. While married to Harper Devereaux, she had an affair with Justin Kiriakis and became pregnant. Learning that Harper was sterile (and later also that he was the Riverfront Knifer serial killer!), Anjelica realized that Justin was her babydaddy, but kept him in the dark. Victor proposed, hoping to pass the baby off as his own, but Anjelica married Neil Curtis instead. Furious, Victor lured Neil back into his gambling habits and when the guy fell into massive debt, Anjelica left him. 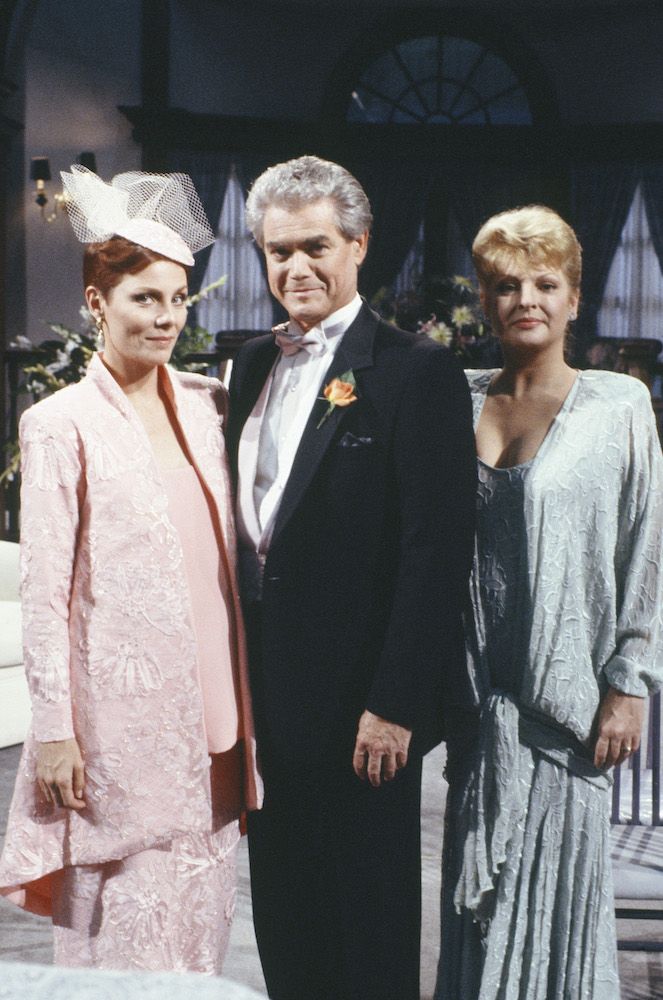 MUST SEE: Nadia Bjorlin Shows Off Her Beautiful Baby Bump

After giving birth to her son, Alexander, Anjelica revealed the child’s paternity to Adrienne, hoping she would dump Justin and give her a chance to move in on her boy’s father. When that failed, she agreed to marry Victor, knowing full well Justin would put a stop to the wedding. Fearing she was losing Justin, Adrienne faked a pregnancy, but Anjelica exposed the truth and the pair finally divorced.

Anjelica tried to rid herself of Adrienne forever by setting off a bomb at her construction site, but Justin rescued his ex and also took the blame for the explosion. But knowing it was only a matter of time before the truth came out, Anjelica took Alexander and fled Salem. Everyone believed they’d perished when their plane crashed, but Anjelica had taken another flight, though she let everyone think they were dead for a time!

Kassie DePaiva Is Cancer-Free and Back at Work at Days!

In 1991, Anjelica was persuaded to return Alexander to Salem for Justin to raise and hasn’t been seen until June of this year when Steve discovered that she was the person who has been posing as Sebastian Howard and making life difficult for Adrienne. Anjelica made her way back to Salem and enlisted Hattie and Bonnie to take over the lives of their look-alikes, Marlena and Adrienne, in one of the most insane revenge schemes ever devised! Unfortunately, Anjelica had been complaining of headaches and during a struggle with Bonnie, suddenly dropped dead! But after the women planted Anjelica’s body in bed with Lucas, he awoke believing he’d killed her! So while Fairchild’s time on DAYS may have come to an end, Angelica’s death will continue to have repercussions in Salem, so stay tuned to see how it all unfolds!