Fans are always excited to see Ryan Carnes playing Lucas Jones on GENERAL HOSPITAL, and wish they didn’t have to wait so long in between his appearances. During a fan Q&A on Twitter, many viewers expressed their hope that Lucas would actually be around for a decent stint this time around and the actor teased: “There’s definitely a reason to tune in. I’ll just leave it at that.” And when one specifically inquired if Lucas and Brad would be getting more screen time coming up on GH, Carnes replied: “Looks like it.”

Although Lucas and Brad’s adoption storyline has been happening mostly off-camera, fans are eager to see how it all turns out, especially since the baby they’re meant to be adopting should be born soon. “I’m not sure of the timeline,” Carnes admitted, “but I think it’s coming up pretty quickly!” And he also revealed that his alter ego just wants a healthy baby and wouldn’t prefer a boy or a girl. “I think Lucas could not care less,” the actor mused, “and only cares about being a great father.” 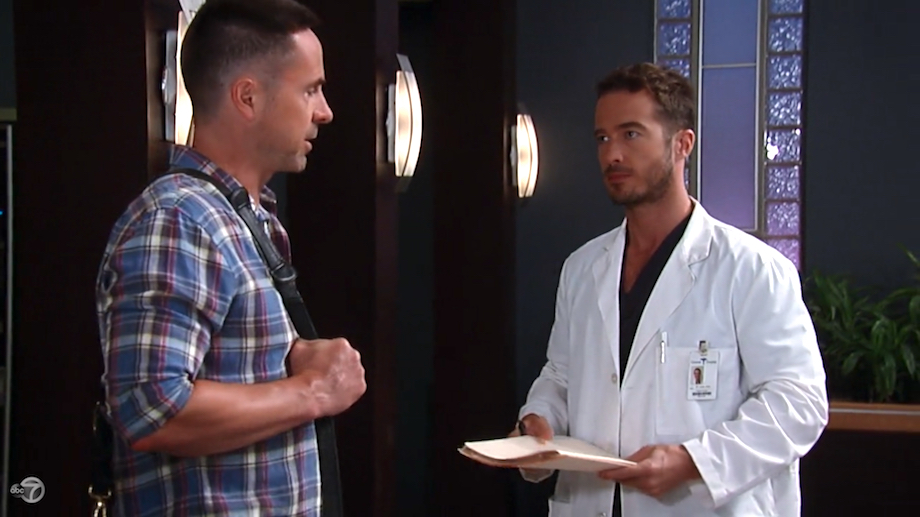 Of course, there could still be complications as the birth and adoption near. For one, there’s Brad’s friendship with Nelle, which has Lucas more than a little concerned. “Definitely!” Carnes declared. “Can’t trust her any father than…” And for another, there’s Julian, whose criminal past didn’t seem to be too much of an obstacle for his son to overcome when it came to getting the adoption approved. But now it looks like Julian is going to be meddling to discover the identity of their anonymous babymama and that’s probably not going to end well!

No matter what happens, Carnes is just grateful to be a part of the GH family. “There have been a lot of special moments,” he recalled, “but I’d say being a part of the 55th year of the show is pretty dang special.”

For more on your favorite GH actors, keep reading the ABC edition of Soaps In Depth magazine!

Marc Anthony Samuel Is “Really Happy to Be Back” on GH