The film stars Nico Tortorella and Myko Olivier as Lyle and Erik Menendez, with Benito Martinez and Courtney Love as their parents, Jose and Kitty. Lynn plays Leslie Abramson, who is Erik’s defense attorney when the brothers are put on trial for murdering their parents in cold blood.

“This film takes a very particular angle and looks at it through a very specific lens,” Lynn tells Soaps In Depth. “There is no question as to the angle that this movie is taking, which is that these boys suffered at the hands of their father and then, as happens often, one of the brothers was similarly abusive at times to his brother. So it was just sick.”

MUST SEE: Kassie DePaiva is Cancer-Free and Returning to DAYS! 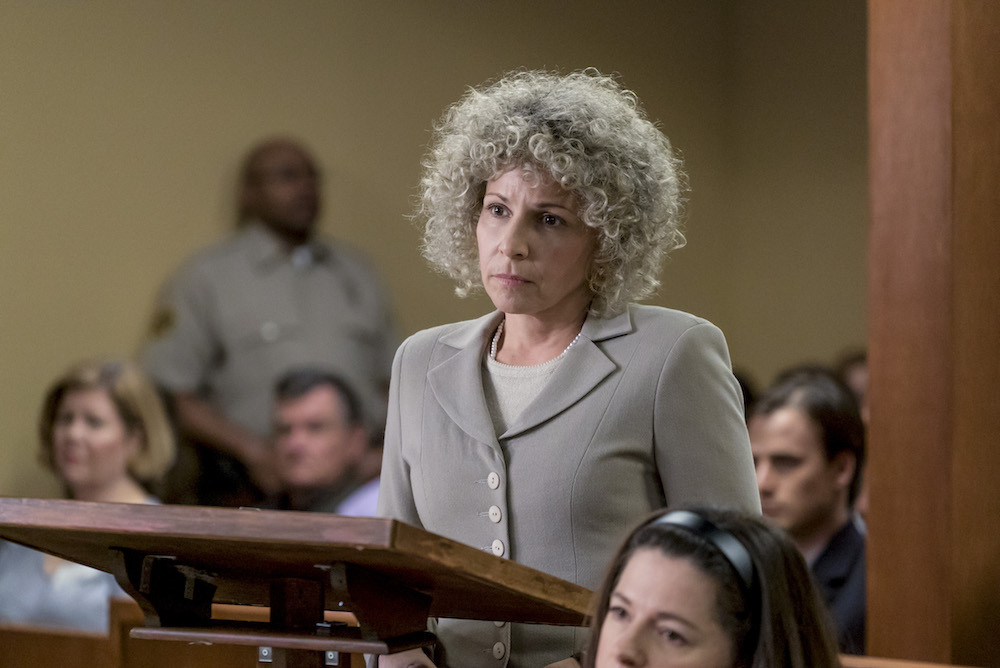 When it came time to play a real-life person, Lynn was lucky enough to have a close friend who knew Abramson well. “I got to speak to a woman who worked for Leslie for four years right after this trial,” the actress reveals, “and said she was the most compassionate woman. But also a pushy loudmouth as far as this judge was concerned. There are a lot of interesting gender politics and misogyny that I think played into this second trial quite a bit.”

Looking at photos of the real-life Abramson, Lynn could see the resemblance and understood why the producers wanted her for this role. “I was really flattered and honored,” she confides. “I don’t audition anymore. I have DAYS, and when it comes up, I’m the happiest girl in the world. I do my show.

But I run this children’s education company and I’m really busy,” Lynn adds. “I travel a lot to educational conferences growing Write Brain and I don’t do this anymore for now. And they were so incredible and worked with my travel schedule so that I could get to Canada on two different trips and make it happen. And it was awesome!”

The actress knows that the angle this film takes on the Menendez case will be controversial, but stands behind the project. “Everybody worked their tail off on this movie and love the take they took,” Lynn declares. “It’s brave and it’s risky in terms of, you know, Twitter backlash from people who don’t agree, but I think it’s going to be good!”

You can judge for yourself when the movie premieres on Lifetime on Sunday, June 11, but you can get a sneak peek at the drama right here!

MUST SEE: Shawn Christian Opens up About Leaving and Returning to DAYS

For more on your favorite DAYS stars, keep reading Soaps In Dept magazine!

Daytime’s Most Beautiful Weddings Ever!

Jen Lilley Opens up About Being a Foster Parent