Congratulations are in order for ALL MY CHILDREN actress Jennifer Bassey (Marian), who recently married fellow actor, LAW & ORDER alum George Bamford! The couple announced their engagement in November of 2016 and tied the knot on April 19, 2018. “They say it’s never too late to love and be loved,” Bassey tweeted. “I believe it!”

The couple tied the knot in a simple ceremony at the City Clerk’s office in New York City. “We filled out the paperwork and went into a room and we were married,” Bassey told People. “After the ceremony, which was very short, I asked the officiant who married us what his name was. He said, ‘Angel.’ George turned to me and said, ‘We just got married by an angel.'” The couple then went to Little Italy for their first meal as man and wife.

After Bassey’s husband of 30 years, Luther Davis, died in 2008, she took a grief recovery course and was inspired to help others deal with their own grief. One of the people she helped was Bamford, who was suffering after losing his wife of 50 years to cancer. One thing led to another and the pair fell in love!

“Two and a half years later, here we are,” Bassey mused. “I never dreamed when I met George it would turn into this. From the first minute we met, it was very comfortable.”

“She’s very giving and has a good heart,” Bamford said. “I sensed right away that she’s the kind of person who knows how to fall in love and has been in love, as I had. And once you’re in love and you’ve felt love, you miss it. And you long for it again and try to replicate it.” 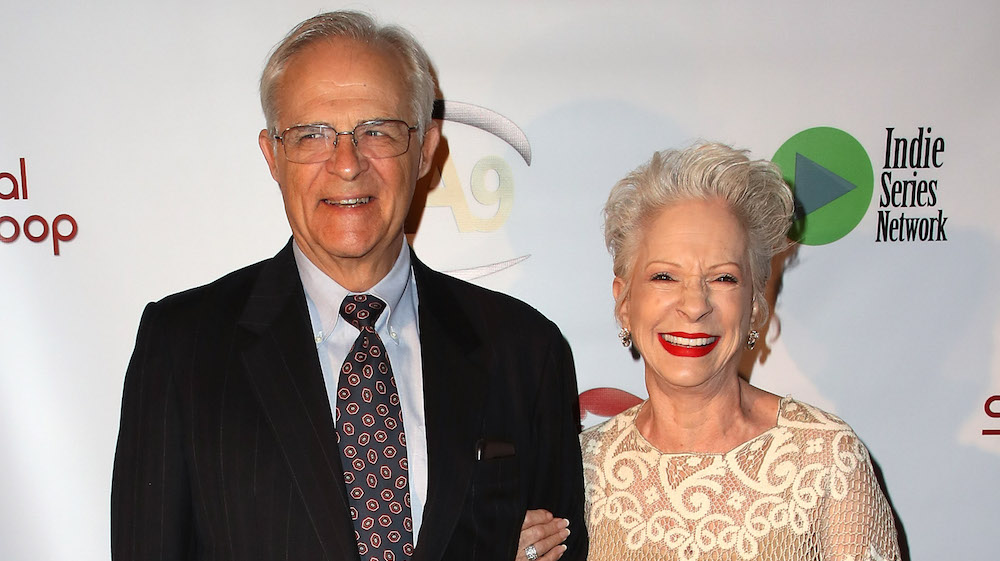 Such a beautiful and inspirational story — Our best wishes to the happy couple for a lifetime of happiness together!

Flash back to Bassey’s career with some classic pics from AMC and more in the gallery below!

Eden Riegel Opens up About Her New Kid-Friendly Career