As the entire East Coast shivers under the worst cold snap in decades, GENERAL HOSPITAL actress Kelly Thiebaud (ex-Britt) was nice and warm and having a blast on vacation in Sayulita, Nayarit, Mexico! Of course, when she boarded her plane in Dec. 29, the daytime alum ran into a slight bit of trouble when her takeoff was delayed because security had to remove a bag from the plane and she feared it was her own! “I might have just delayed my flight due to sparklers packed in my checked bag!” a nervous Thiebaud tweeted from her seat. “Literally waiting for them to come and get me. Being the queen of party favors has now come at a cost.”

After the bag in question was removed from the plane, Thiebaud had to wait until she arrived in Mexico to see if it was hers or if her own luggage arrived south of the border with her! “My bag made it!” she eventually reported. “The bag that was removed belonged to a passenger that didn’t get on the flight. That never crossed my mind. Neither did not traveling with sparklers… clearly not operating on full throttle. Now let’s see if I can get the sparklers and the champagne bottles I packed through customs!” 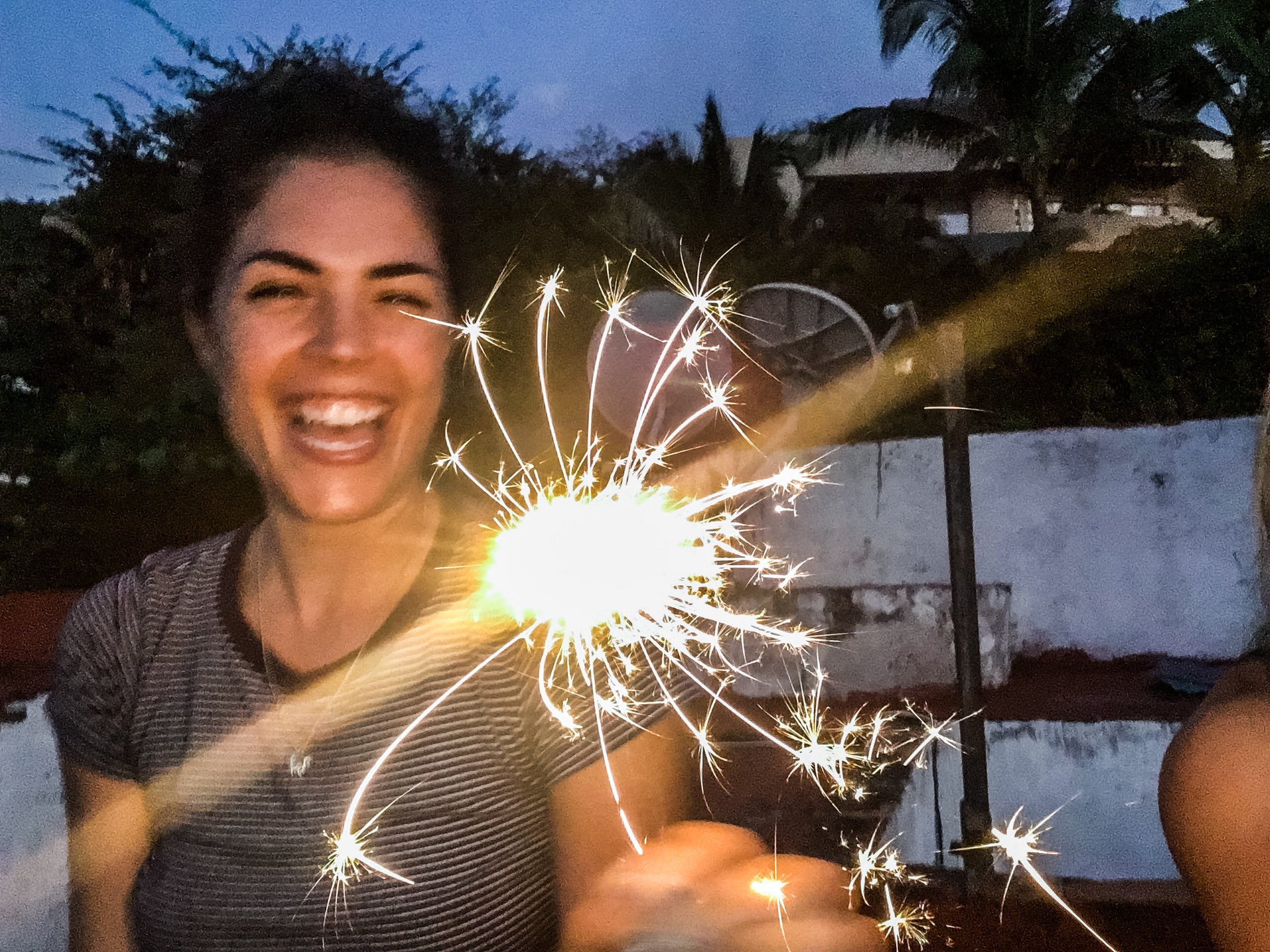 Well, either Thiebaud was able to get her sparklers through customs or else she just went and bought some new ones in Mexico, because on New Year’s Eve, she tweeted out a photo of herself ringing in the new year with a blast!

GH fans were thrilled to see Thiebaud back in Port Charles as Britt, and the actress was just as excited to return to the soap, even if it was just for a short visit. Of course, that freed her up for an amazing vacation in the village of Sayulita, which is famous for its beaches and strong surf.

You can see just how much fun Thiebaud had with her friends on their Mexican getaway in her photo gallery below!

Yes, That Was Greg Evigan in a Recent Episode of GH!

See How Your Favorite GH Stars Rang in the New Year