While waiting to hear if PITCH has been renewed for a second season, Mark Consuelos (ex-Matéo, ALL MY CHILDREN) has been cast in a major recurring role for the fourth season of NBC’s THE NIGHT SHIFT!

Consuelos will be scrubbing into San Antonio Memorial as Cain, a confident and aggressive travel nurse who emigrated to the U.S. from Mexico, according to TV Line. The fourth season of THE NIGHT SHIFT is scheduled to premiere on Thursday, June 22. 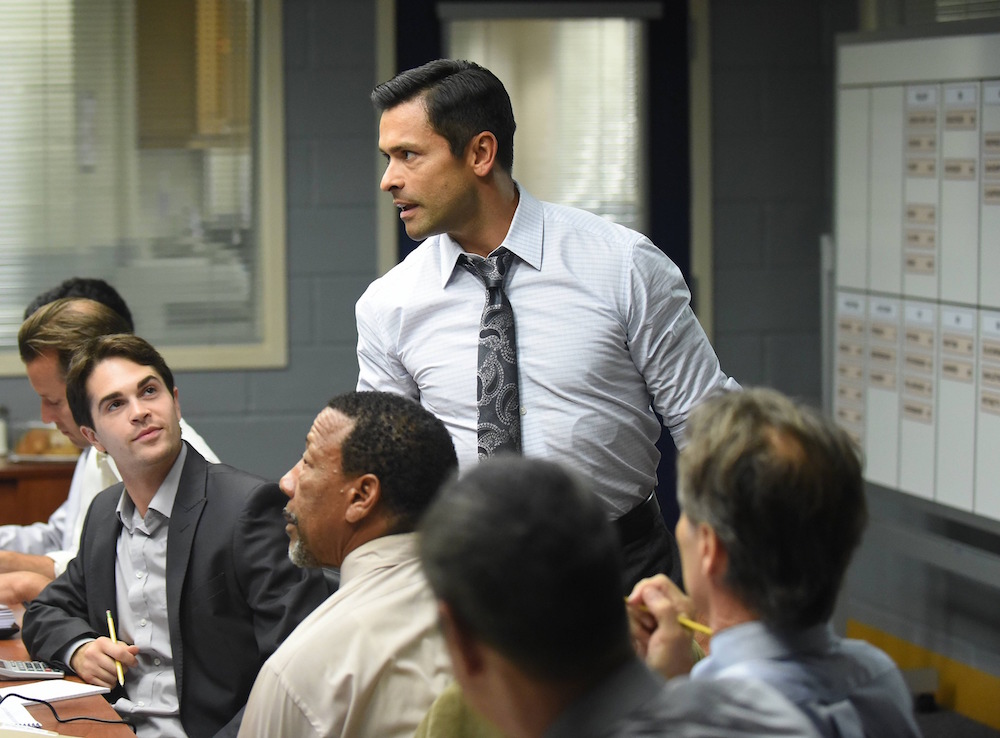 Fans of Consuelos’ PITCH shouldn’t take this as an indication that the FOX series about the first female Major League pitcher has been officially canceled. No official decision has been made yet by the network, so Consuelos could be back playing San Diego Padres manager Oscar Arguella for a second season to start this fall.

Since leaving AMC, Consuelos has appeared in the films The Great Raid, My Super Ex-Girlfriend, and Wedding Daze. On television, he could be seen in AMERICAN HORROR STORY: ASYLUM and starring with John Goodman in the Amazon series ALPHA HOUSE.

Recently, Consuelos and wife Kelly Ripa (Hayley, AMC) announced that their production company, Milojo Productions, are developing a new TV series for ABC Studios based on the book Geek Girl Rising: Inside the Sisterhood Shaking Up Tech.

Consuelos and Ripa met on the set of AMC back in 1995, and just as their soap character fell in love and lived happily ever after, the pair married in 1996 and now have three children together: Michael, 19, Lola, 15, and Joaquin, 14.

Agnes Nixon’s Memoir Is the Book No Soap Fan Should Miss!

Check Out These Throwback Pics Of Your Favorite ABC Soap Stars on the Red Carpet!