Daytime superstar Susan Lucci (Erica, ALL MY CHILDREN) is having a massive estate sale that will give fans the chance to bid on items from her legendary career with the proceeds going to United Cerebral Palsy of NYC! The auction is being held at Everything But the House from today until Friday, March 10.

“I’ve accumulated a lot of wonderful things over the course of my career,” Lucci tells Soaps In Depth, “and it was becoming a very overwhelming task to even go in my closet. I’ve been wanting to lighten up, to divest, but I just didn’t have time.”

It was actually her son, Andreas, who brought Lucci’s attention to EBTH, and she was thrilled at how easy the process was to go through all of her belongings with the team. “I didn’t know where anything was, and I didn’t know where to begin,” the actress admits. “But they were a tremendous help.”

The items up for auction include red carpet fashions, wardrobe from AMC and DEVIOUS MAIDS, and a portion of the proceeds raised will go to United Cerebral Palsy of NYC, an organization very close to Lucci’s heart. “I have been working with them for several years,” she explains. “And very importantly, my eight-year-old grandson has Cerebral Palsy. So I have learned so much from them and I see the great work that they do. That’s why they were on my mind.”

MUST SEE: The Stars of AMC Reunited At Last! 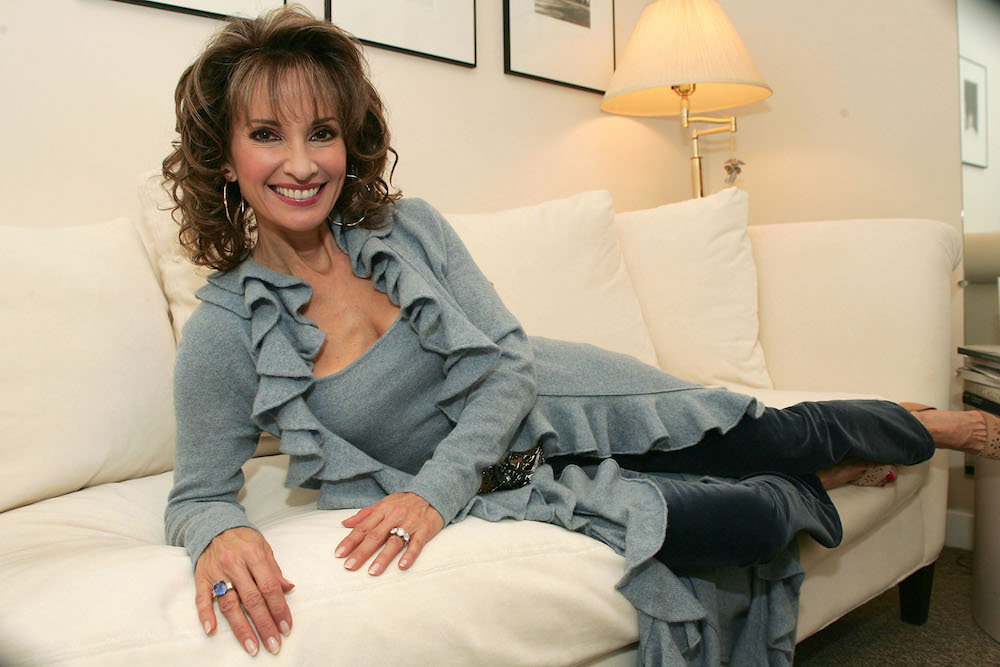 Of course, as someone who admits to making strong emotional connections to some of her belongings, Lucci found it difficult to part with some of them, like the ivory sofa that was in her dressing room at AMC. “I liked it so much that when we moved to Los Angeles with AMC, I moved it to my dressing room there!” she confesses. “And then when we moved back, I brought the sofa back with me. My husband had to do a lot of arm-twisting to get me to part with that!”

Lucci also admits it was difficult to part with some other items in her closet, such as the red dress she wore on the cover of her book, All My Life: A Memoir, a black hat she wore to the Kentucky Derby where she sat behind Queen Elizabeth and Prince Phillip, and a red Chanel suit she bought in Paris. 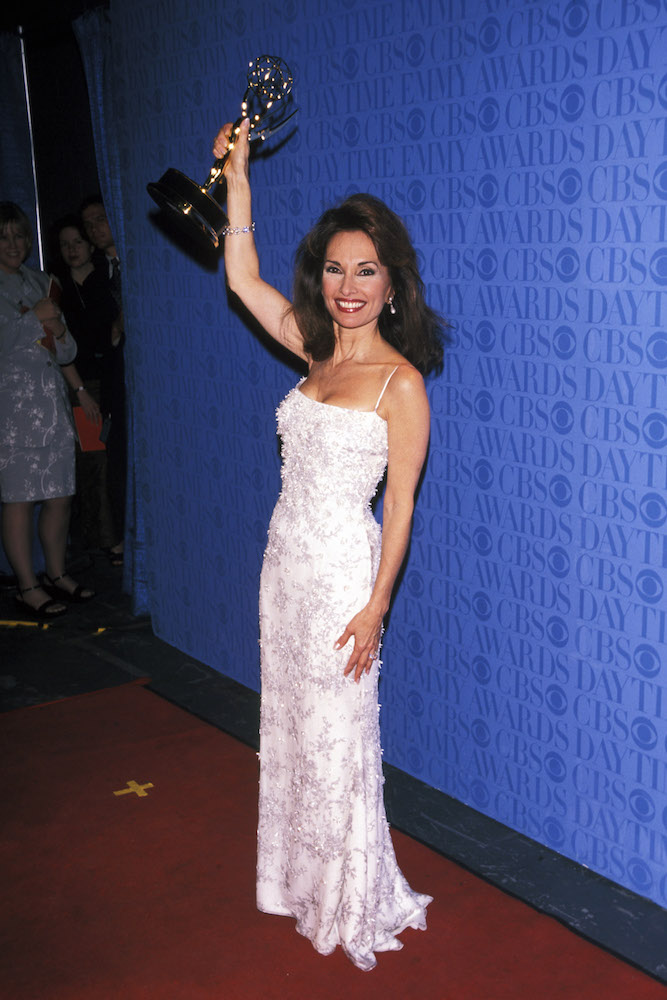 Digging through her treasured possessions also helped the star unearth one she thought she’d lost, and of course couldn’t bear to part with! “Because I take good care of my stuff, things were in garment bags, and I opened up the zipper of the last garment bag and there was the gown I wore when I won the Emmy!” she recalls. “I was so thrilled. I gasped. I said, ‘Oh my God, I found it! My Emmy gown!’ And I turned to Jackie, who was right there, and said, ‘But I”m not selling!'”

Still, fans can visit the home page for her very special sale and check out all of the many items that are up for auction. “Soap fans have always and continue to be amazing,” Lucci smiles. “And this gives them access to things they may recognize. The bidding starts at just one dollar. I’m not saying the item will go for one dollar, but some will.

“It’s win/win/win,” she concludes. “I get to divest, fans get to have access, and at the same time, very importantly, I get to donate to United Cerebral Palsy of NYC.”