Bree Williamson played a wicked woman as GENERAL HOSPITAL’s Claudette, but that’s nothing compared to her character in the new movie Mommy’s Little Boy, premiering Saturday, March 18, at 8 p.m. ET on Lifetime!

In the thriller, Williamson plays Briana, a mother of two sons whose life falls apart when the older boy drowns in their pool. “That kind of makes my character spiral,” the actress tells Soaps In Depth. “Not that I was a good mom before — I was negligent at best — but after that happens, I pretty much fall apart into bottles of booze and i neglect Eric a lot.”

MUST SEE: Jane Elliot Prepares to Retire From GH!

With his mother lost in the bottle, younger son Eric finds himself drawn to the more supportive family of his school’s baseball coach. But one day a neighbor stops by and as Williamson teases, “It doesn’t go very well for her. It’s as violent and bloody as they can make it for Lifetime!” 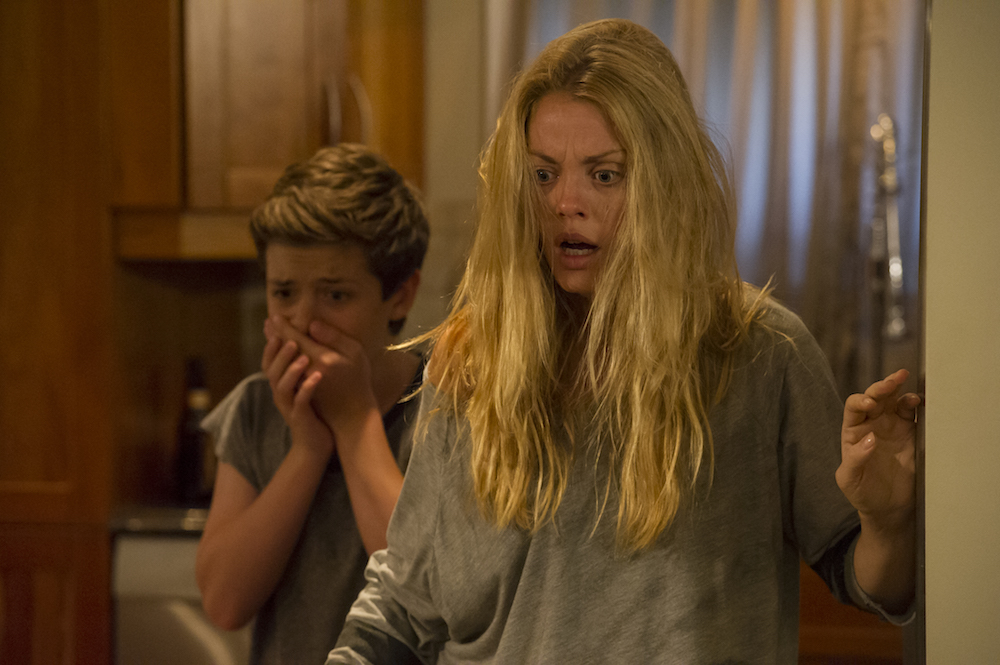 MUST SEE: Kimberly McCullough Reveals How Pregnancy Has Changed Her Life!

Realizing the severity of her crime, Briana decides to go on the run, but young Eric isn’t so eager to leave the surrogate family he’s developed and must take a stand against his dangerous mother.

Williamson relished stepping into the completely psychotic role as it presented a new challenge for her as an actress. “I was excited to play an alcoholic among all the other things that she is,” she declares. “It’s just the tip of the tip of the iceberg for this character. It’s not that she’s just an alcoholic, it’s also that she’s a horrible person.”

And while the old adage warns never to work with animals or children, Williamson reports that young co-star Peter DaCunha was a dream. “He was just a pro,” she enthuses. “He always knew his lines and exactly what was going on and he’s great. It was a pleasure.”

Be sure to tune in and see Williamson as you’ve never seen her before! And for more from the actress about what she’s been up to since leaving GH, don’t miss her interview in an upcoming ABC issue of Soaps In Depth magazine!