Josslyn may be a sweet kid with a good heart on GENERAL HOSPITAL, but Carly’s daughter is also a total teenager! She’s also… well, Carly’s daughter! “She is not a goody two-shoes all the time,” portrayer Eden McCoy admitted to Soaps In Depth. “She can be bitchy. She’s a little bit of both, which is probably the most realistic thing about her.” As a high school kid herself, McCoy is always impressed with her character’s self-awareness — even when she makes a mistake like being Team Nelle! “Joss is so excited to be an aunt that she’s willing to give Nelle the benefit of the doubt,” says McCoy, adding that while her character may be wrong this time, “she always has a reason to back up her opinions. A lot of teenagers are like, ‘Just no!’ Joss always has an argument.

“I think that’s the big difference between us. Even when it’s over stupid stuff, I won’t always have an argument for why I want what I want,” she continued. “Then again, I don’t have writers to tell me what I should say. That’s probably why Joss is able to speak her mind so well — because it’s been written for her!” 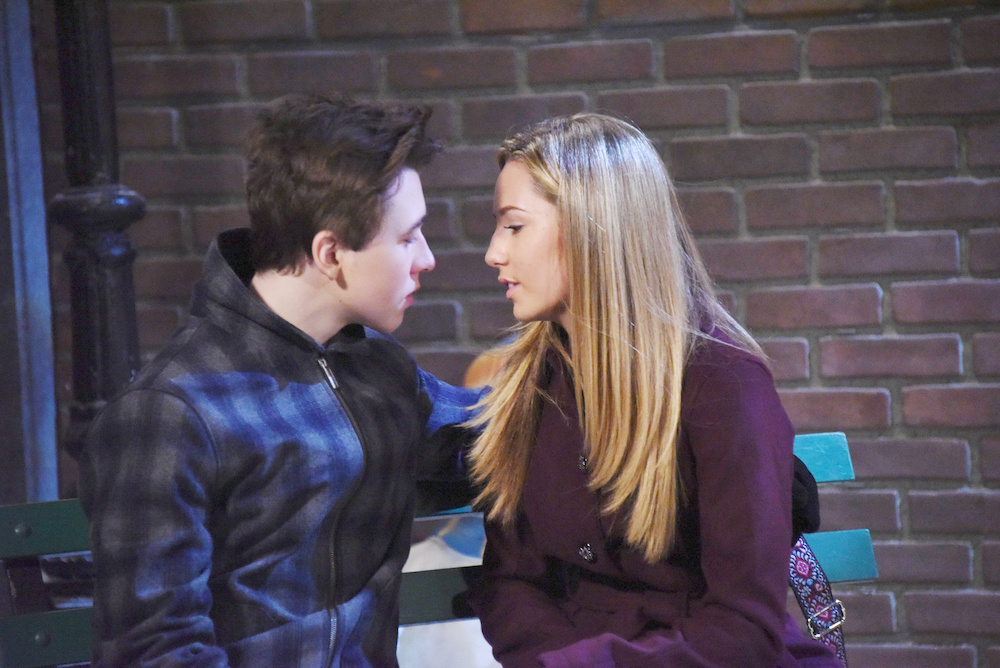 ”It’s always in the back of my head, ‘What’s going to split them up?’” admits McCoy of Joss and Oscar. “Because that’s reality.” (Photo Credit: XJJohnson/jpistudios.com)

Also penned for the GH ingenue is a popular love story with beau Oscar. “I’ve read stuff about us being the up-and-coming new couple,” McCoy said. “It’s an honor to be given that opportunity, and I just love having chemistry with another person my age. Before Garren Stitt (Oscar) came on, I had years of scenes with family — which was great. Those actors are all unbelievable! But I’m glad Joss got the opportunity to have a relationship with someone her age. “Josslyn is really young and experiencing feelings for the first time — and I am, too, in real life,” the 15-year-old added. “It’s fun to play, because I have firsthand experience.”

Naturally, McCoy’s real-life boyfriend, Brian Dennis, doesn’t love watching her moon over Oscar as Joss. But “he’s very supportive, always,” insisted the actress. “He is in no way, shape or form in the business. He thinks it’s crazy. Because he’s not used to this world, it’s fun for him to learn about stuff like the Daytime Emmys, and I’m happy to share it with him.”

In addition to finding love, Joss has faced some hard truths over the last few years, and many viewers have been impressed with the relationship that she shares with mom Carly. “Even when things get tense, they’re always coming from a good place,” McCoy says of their relationship. “They always want the best for each other, no matter what.”

While they’ve hit a rough patch of late, there’s no denying that Joss is becoming more like her driven mother by the day. “Because after a year of every scene with [Laura Wright, who plays Carly], you automatically sync up without even realizing it,” McCoy cracks. “I love Laura. She’s insanely talented.” 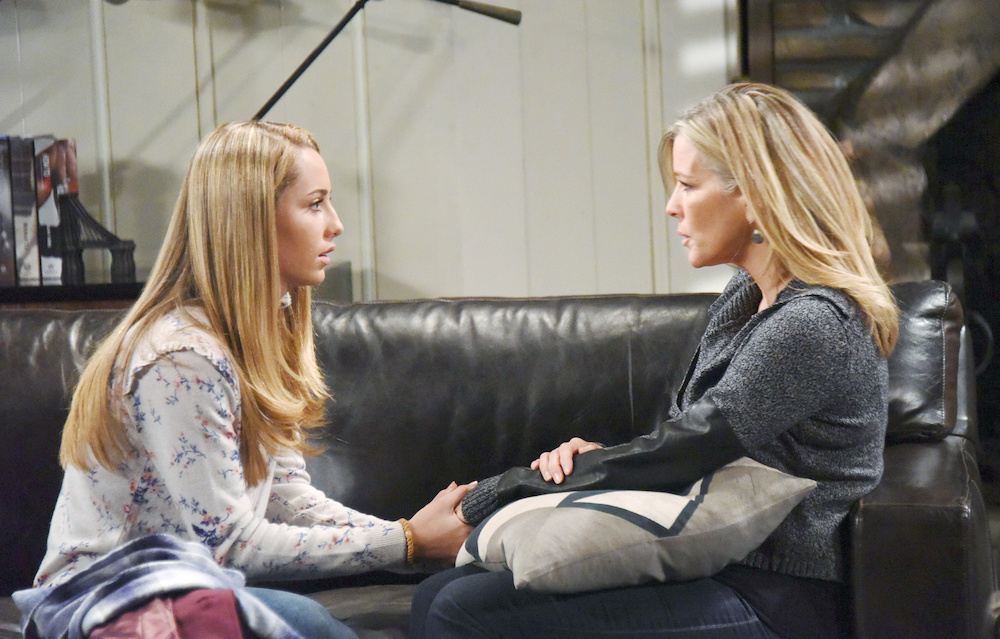 ”I learned it from you, mom!” (Photo Credit: XJJohnson/jpistudios.com)

With her character already a bit of a mini-Carly, McCoy’s itching to get her hands dirty and stir up some trouble in Port Charles. Make that a lot of trouble! “I want to get totally dark,” she con des. “The writers are amazing, so I’ll play anything they write… but it would be very fun to have some rebellion and be a bit crazy!”

The notion that Joss could become a schemer like her mom isn’t unthinkable… and once she realizes how seriously Nelle has played her and her family, she just might find the inspiration she needs to lash out in a big way. And don’t think McCoy doesn’t know it! “I cannot wait,” she says, “to see what she does when she finds out the truth!”

Who Is Carly’s Mystery Neighbor at Ferncliff?