Fans of GENERAL HOSPITAL may have been thrown by a loop by the revelation that Anna Devane had a son with Cesar Faison, but that’s nothing compared to the reaction actress Finola Hughes had when told of the new twist in her storyline! “It’s insane,” she admitted to Soaps In Depth. “I don’t know how I feel about it, honestly. I’m just discovering it as I go. I literally just go day by day and do a lot of figuring out what it would feel like.”

Hughes first learned about Anna’s previously-unknown son when she found herself screentesting actors with GH’s executive producer Frank Valentini, last fall. “I was like, ‘Why am I reading with these men, Frank? How is this going to fit into my story?’” she recalled. “He told me, ‘Oh, it’s your son.’ What? And then he dropped the big bomb with Faison. I was in the middle of auditions, so I didn’t really process it. I thought ‘That will never happen. It’s just auditions.’ And then they cast Wes Ramsey.” 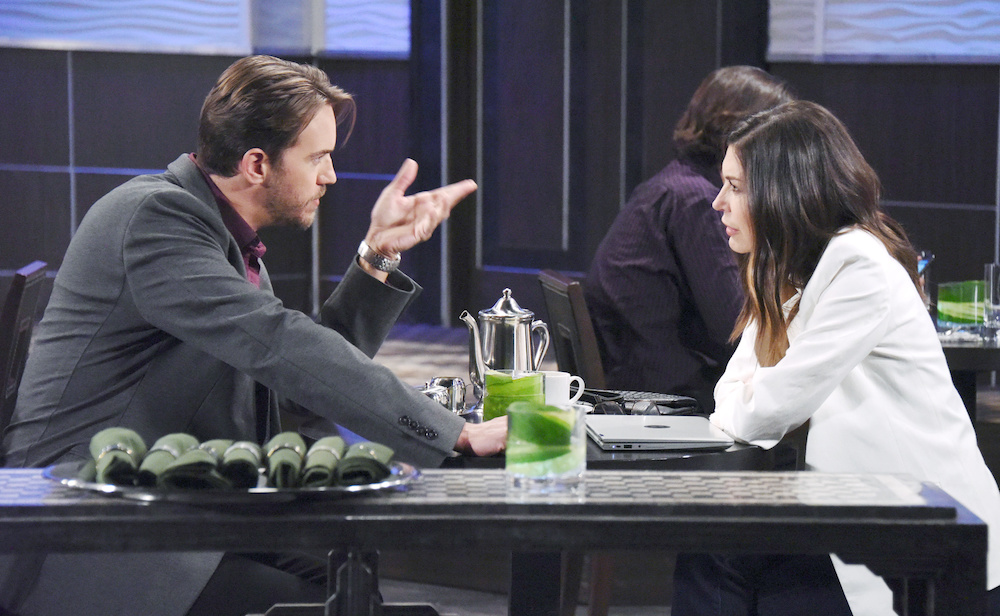 It might be a while before Peter starts calling her “Mom.” (Photo Credit: XJJohnson/jpistudios.com)

Hughes first joined the cast of GH back in 1985, but with the shocking revelation that Peter August is really Henrik Faison, the child Anna had given birth to after seducing Cesar Faison and winding up pregnant, even she had to admit the writers can still come up with twists that throw her for a loop! “I’m not going to be shy about it,” the actress conceded. “My Twitter feed is not happy. It’s been really interesting.”

Some GH fans are not happy at this revision of Anna’s past history and they’re not shy about voicing their opinions on social media. “But I don’t know that it is a rewriting,actually, because we never dealt with it before,” Hughes mused. Although she’s a little annoyed at the fans’ insistence that Robert Scorpio was supposed to be Anna’s first. “Can I tell you how archaic that is and how annoying I find it?” Hughes declared. “I find it very [much a] double standard. And you can put me on record!”

Who Is Peter August on GH? — Wes Ramsey Speaks Out (EXCLUSIVE)