Fans of GENERAL HOSPITAL would love nothing more than to see Genie Francis back in Port Charles as Laura, but the actress herself actually prefers the quiet of her home in Maine to the hustle and bustle of Hollywood! In fact, she’s been dividing her time between the two coasts for quite a while now, staying in Los Angeles for work and then returning home to husband Jonathan Frakes and sometimes her college-age kids Jameson, 23, and Elizabeth, 20.

“It’s been like that for a few years since I moved back and put the kids in school on the West Coast,” Francis confided to Soaps In Depth. “Eventually — ideally — I’d like to be in Maine for about seven months out of the year and just come to L.A. for the rough winter months.” 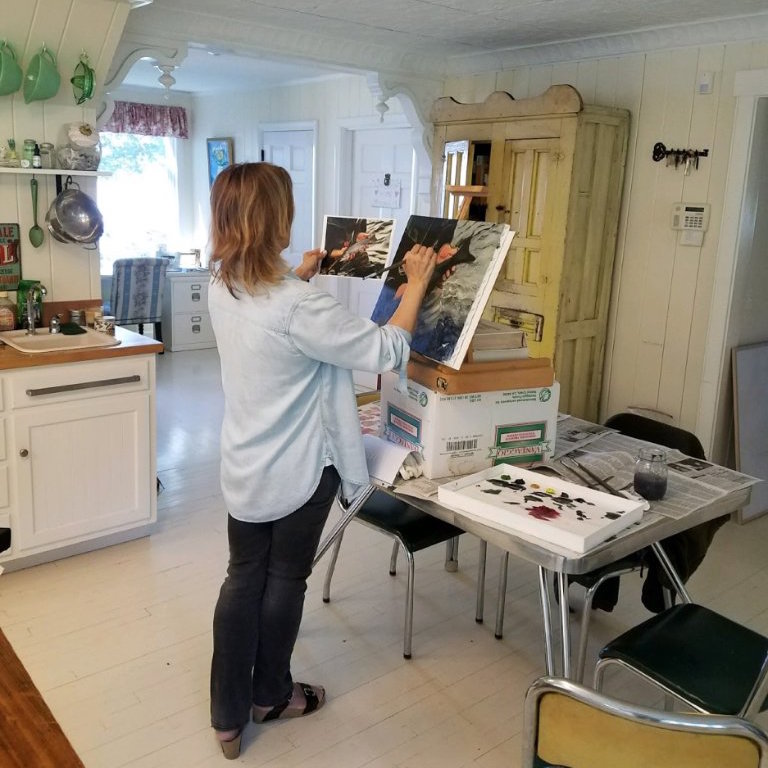 Another reason why Francis prefers the peace and quiet of New England is that it’s more conducive to painting when she wants to express her artistic side. “L.A. doesn’t seem to be the best environment for me,” she admitted. “It doesn’t offer the peacefulness of Maine. I also like to lay my stuff out, and I don’t really have the space for that in my house in California. But if I’m going to stick to my resolution to paint every day, I’m going to have to find a way to keep doing it!”

Wishing everyone a wonderful day spent with family and friends. I am so thankful for so many things! #HappyThanksgiving! 🦃 pic.twitter.com/WL6iUDWYpZ

It’s been a pretty rough winter in New England, at least towards the end of the season with multiple nor’easters dumping several feet of snow on the area, so Francis will likely be more than happy to return to Los Angeles to warm up a bit. Almost has happy as GH fans would be to see her back on the soap again!

Lindze Letherman Opens up About Life After GH’s Georgie