Since joining the cast just two months ago in February, Josh Swickard has made quite an impression as Detective Harrison Chase on GENERAL HOSPITAL. And since he’s still a newbie, fans were eager to pepper him with questions during a recent Twitter Q&A. “Loving it!” he said of joining GH. “It’s a dream come true. “Getting to work with the cast every day is the best part. Lots of laughs and they are genuine people. And the fans! GH fans are the best!”

GH was Swickard’s first screen test for a daytime soap, and he admitted he didn’t think it went very well. “I took a red eye in that morning and slept about 45 minutes that night,” the actor recalled. “I remember walking out of the test thinking, ‘What just happened?’ When I got the call I couldn’t believe it.”

Also, because his screen test was with Finola Hughes (Anna), and Steve Burton (Jason), he had no idea that Chase would turn out to be the half-brother of Michael Easton’s Finn. “I didn’t know coming in,” Swickard revealed. “They kept it pretty hush-hush. But in my first scene with him, I was happy because he’s so easy and fun to work with. He’s amazing. Big brother on and off the screen.” 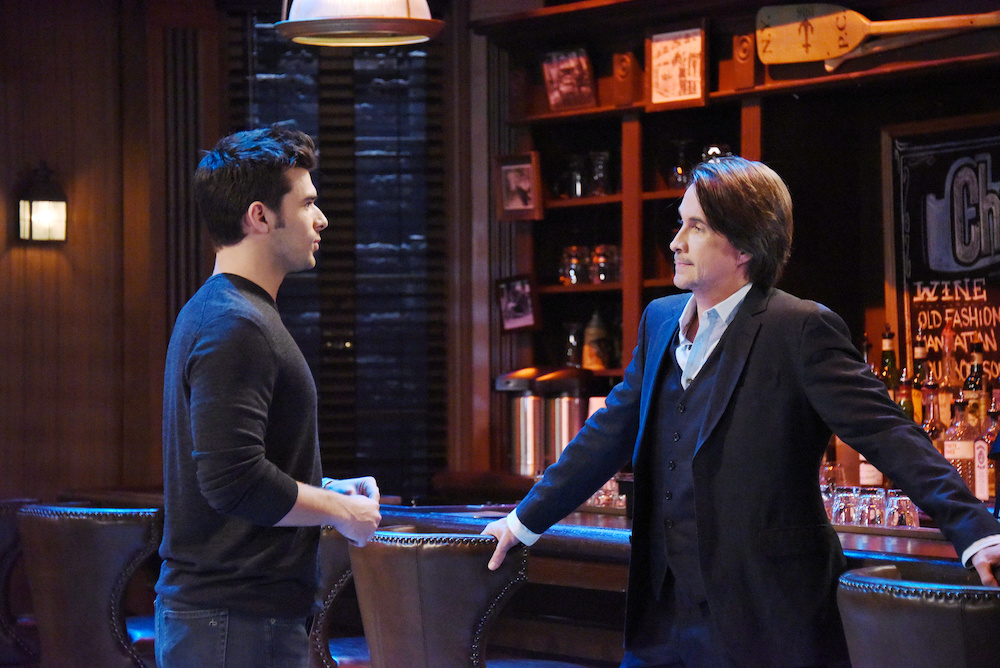 Since Swickard is a good-looking guy, it’s only natural that GH fans were eager to find out if he would be joining the Magic Milo troupe for a striptease routine at this year’s Nurses Ball. Unfortunately, the actors have been sworn to secrecy regarding the storylines and performances at the event. “I’m not allowed to talk about the Nurses Ball,” he confided. “But word on the street is that it’s going to be amazing!”

He also couldn’t talk about how Chase’s working relationship with Dante will develop in the future, but Swickard happily played along when castmate Hayley Erin (Kiki) tweeted at him: “Hi Josh, big fan. If you could work with someone you haven’t had a chance to share scenes with, who would it be?” The actor quickly responded with: “Hmm… that’s a tough one. There is this one nurse’s aide.” And the fans immediately loved the idea of pairing Chase with Kiki, nicknaming the couple “Chiki!”

Do you think Chase and Kiki would make a good couple on GH?

To find out what Chase does at the GH Nurses Ball and which Port Charles beauty will eventually catch the eye of the hunky cop, stay tuned! And for more on your favorite GH stars, keep reading the ABC edition of Soaps In Depth magazine!

All the Amazing Emmy Moments You Didn’t See on TV

Vote for the Best Dressed at This Year’s Daytime Emmys